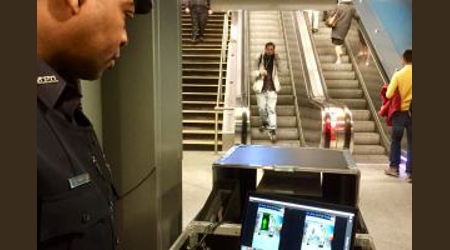 Amtrak and the Transportation Security Administration (TSA) have partnered to test new devices that can help detect explosives, including suicide vests.

Known as a stand-off explosive detection unit, the system triggers an alarm if someone carrying or wearing an improvised explosive device passes by. 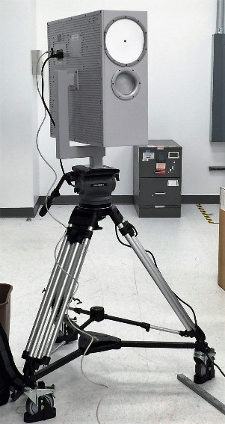 One version of the technology is mounted on a tripod.
Photo – TSA

Users operate the technology via laptop in the station. The operator will see either a green image of a person alongside the actual image of the individual, or a color-indicator bar overlay, depending on which model of the technology is being used.

TSA and Amtrak are testing the equipment at New York Penn Station. TSA is supplying two models of the equipment for the demonstration: One is mounted on a tripod, while the other is contained in a trunk.

The technology could be expanded to other Amtrak locations and transit agencies to help safeguard against terrorist threats. In 2017, TSA worked with the Los Angeles County Metropolitan Transportation Authority to test similar technology at a subway station.

The equipment is mobile, which allows agencies to move it to different stations.