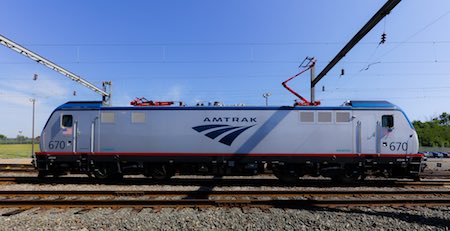 Compared to the legacy fleet operating in 2013, the new Siemens-built units have reduced delay times by 30 percent along the Northeast and Keystone corridors, according to an Amtrak press release.

Amtrak began rolling out the ACS-64 locomotives in 2014, powering all Northeast regional and long-distance trains between Boston, New York City and Washington, D.C. The units also were introduced on the Keystone route between New York City, Philadelphia and Harrisburg, Pa. The locomotives travel up to 125 mph.

"Delivery of the final ACS-64 locomotive marks a major milestone for Amtrak as this new fleet — a multimillion dollar investment — was delivered ahead of schedule and is improving service for millions of customers in the northeast," said Amtrak President and Chief Executive Officer Joe Boardman. "The locomotives have ushered in a new era of improved performance, efficiency and reliability that is integral to keeping the people and businesses in the northeast moving.