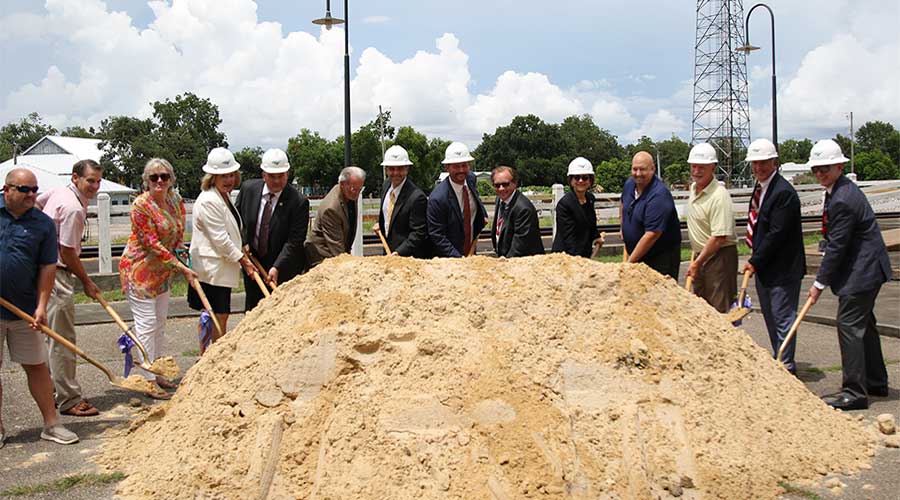 A ground-breaking ceremony was held yesterday near an out-of-service Amtrak station in Bay St. Louis, Mississippi.

The ceremony marked the "reactivation" of the city's Amtrak station, which has been mothballed since Hurricane Katrina struck the Gulf Coast in 2005. Construction activity will begin soon to prepare the station for the return of Amtrak service to the Gulf Coast, Southern Rail Commission (SRC) officials said in a press release.

The station would be used as part of Amtrak's relaunch of passenger-rail service along the Gulf Coast between New Orleans and Mobile, Alabama. The intercity passenger railroad has asked the Surface Transportation Board to require CSX and Norfolk Southern Railway to allow Amtrak trains to operate on the freight railroads' tracks, which make up the line.

The Class Is and Alabama Port Authority are opposed to Amtrak's plan as it now stands. They claim Amtrak's proposed twice-a-day service would interfere with freight-rail traffic.

Amtrak's current proposal is still under review by the STB. However, the Biden administration has confidence that the region will again be served by passenger trains, Trottenberg said during yesterday's event, local news media reported.

Amtrak officials want to begin serving the region by early next year.