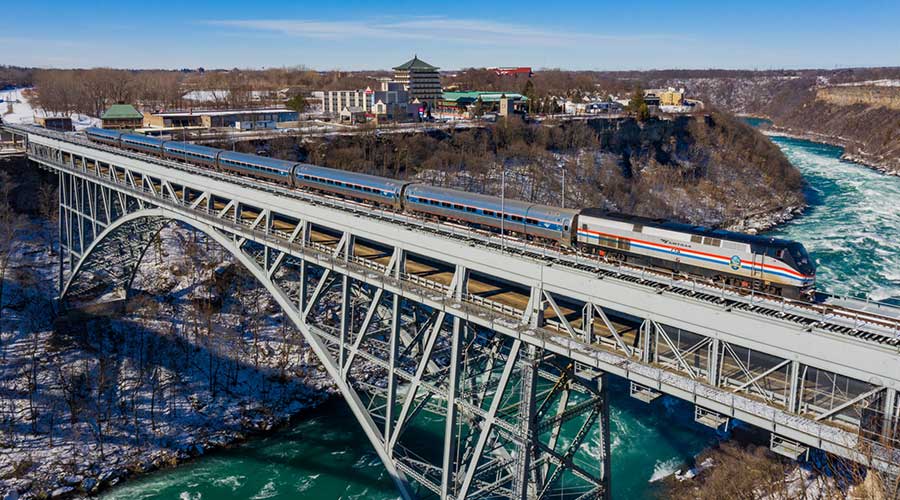 Amtrak has returned international service to Toronto via the Maple Leaf route for the first time since the COVID-19 pandemic began in 2020.

"The return of this vital rail connection is welcome news not just for passengers who love to travel, but for countless businesses across New York State and Canada who make it possible for visitors to experience the best of what every locality has to offer," said NYSDOT Commissioner Marie Therese Dominguez in a press release.

Meanwhile, Amtrak announced July 6 that it is working with the Rhode Island Department of Transportation and SeaStreak for another season to offer travelers connecting service from Providence Station to Newport via shuttle connections to and from the SeaStreak Ferry Terminal. The seasonal service will run through Oct. 10.

Amtrak riders on both the Acela and Northeast Regional — the two Amtrak trains that serve Providence Station — will connect with the service. The station is also served by the Massachusetts Bay Transportation Authority's commuter-rail network that runs between Boston South Station and Wickford Junction via T.F. Green International Airport.

In FY21, Providence Station was the 11th-busiest station in Amtrak’s national network with more than 303,000 passengers either boarding or alighting a train at the station, Amtrak officials said in a press release.

Yesterday, Amtrak and RIDOT also announced the completion of a project to bring the Westerly Station into compliance with the Americans with Disabilities Act.

The station now features new elevator enclosures at platform level constructed in the style of the historic station, an accessible pathway to and from the public right-of-way, two accessible parking spaces, a new sloped walkway for accessing the platform, modified handrails and guardrails and new ADA-compliant signs.

Project construct began in March 2019. More than more than $9 million in federal funds that Amtrak receives from annual appropriations of Northeast Corridor and National Network federal grants were used to pay for the project.