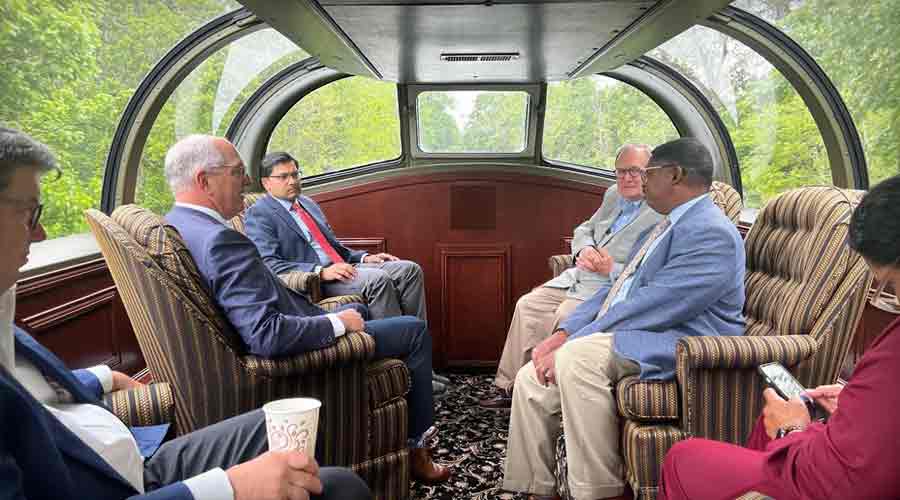 Louisiana Gov. John Bel Edwards yesterday joined state and federal officials and rail executives for a ride along a proposed Amtrak route that would connect Baton Rouge and New Orleans.

Canadian Pacific's acquisition of Kansas City Southern — if approved by the Surface Transportation Board — would provide an opportunity to introduce the first-ever Amtrak service between the two cities, Edwards said in a press release.

"An Amtrak line connecting Louisiana’s capital to the largest metropolitan area in the state will have immense economic benefits for both cities and the parishes in between,” said Edwards.

The officials inspected rail infrastructure on the proposed route, which involves 80 miles of track owned by KCS and CN. The route would lead to Union Passenger Terminal in downtown New Orleans, which is served by other Amtrak trains. The group rode on a KCS inspection train.

The inspection is a necessary step for establishing passenger-rail service there, SRC officials said. The Federal Railroad Administration's $33 billion in competitive federal grants for intercity rail could help pay for the new route, though a grant would require a 20% local match. A study from 2014 found that the necessary upgrades could cost $300 million, which is $364 million in 2022 dollars.