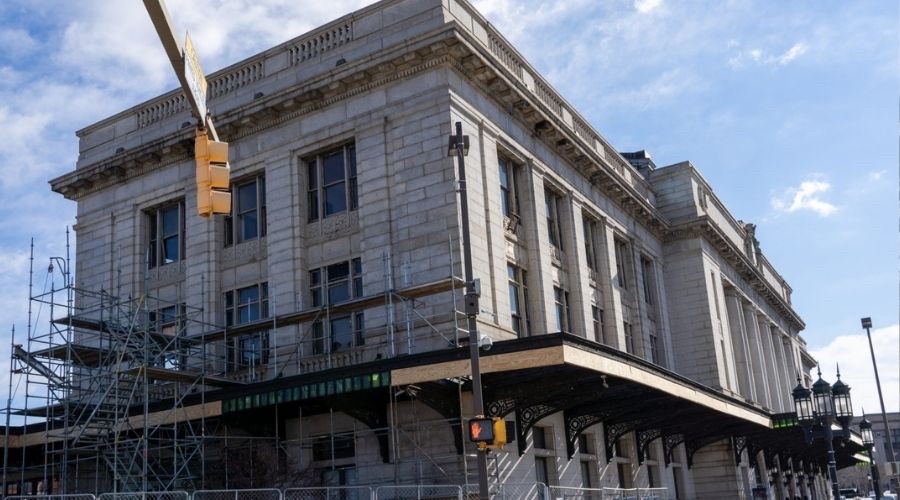 To date, the construction includes the installation of scaffolding, fencing and materials around the station exterior. The installations are part of a state-of-good-repair project that will enhance the station’s appearance and increase overall functionality, Amtrak officials said in a press release.

Essential core and shell improvements are tentatively scheduled to begin in summer.

The Penn Station Partners development team will preserve the historic character of the station while introducing modern changes, Amtrak officials said. The station's now vacant three upper floors will be renovated for office use. That work is scheduled to be completed in summer 2023.

A station expansion is planned to be integrated with the existing station to accommodate a high-speed rail platform — using Amtrak’s new Acela trains — with more modern functionality and increased capacity. Construction is expected to begin this fall.

"Once it is fully renovated and repurposed, Penn Station will serve as the prominent anchor for all future development that springs up on the adjacent properties while remaining the lively beating heart of the vibrant surrounding neighborhoods," said Dennis Newman, Amtrak's executive vice president of strategy, planning and accessibility.