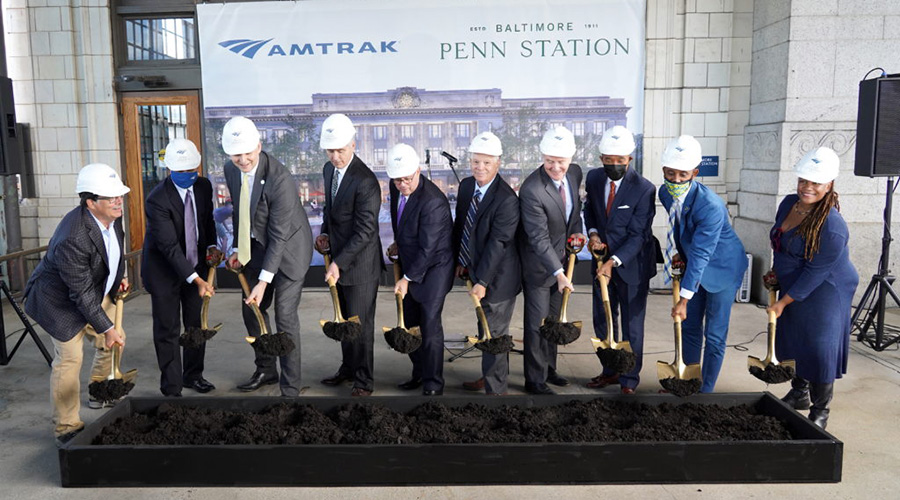 Amtrak, federal and local officials last week held a groundbreaking ceremony to mark the start of the redevelopment of Baltimore Penn Station.

The project — which includes a platform expansion — is part of Amtrak’s $150 million investment to improve the rider experience and grow ridership.

"In partnership with Penn Station Partners, we are set to transform Penn Station into a premier regional transportation hub," said Amtrak CEO Bill Flynn in a press release. "This construction will serve as the catalyst to transform surrounding vacant land already owned by Amtrak into a mixed-use, transit-oriented development with up to one million square feet of new office, retail and residential space."

To allow for greater operability of train service, Amtrak is rebuilding a low-level platform into an ADA compliant high-level platform and constructing a new platform. The work — along with a renewed overhead electrical system and an upgraded 30-mile stretch of track between Baltimore and Washington Union Station — will enable operation at higher speeds.

Built in 1911, Penn Station last underwent a major transformation in 1984 as part of the Northeast Corridor Improvement Project. The station serves as Baltimore’s primary transportation hub, and prior to the pandemic, more than 3 million Amtrak and MARC passengers moved through the facility each year.