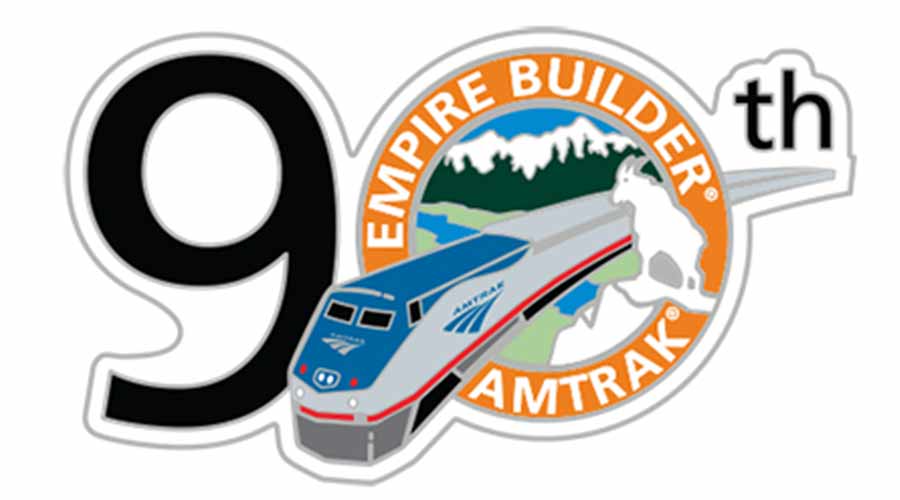 Amtrak yesterday marked the 90th anniversary of the Empire Builder route, which travels across the northern United States from Chicago to Seattle and Portland.

Inaugurated by the Great Northern Railway (GN), the first westbound Empire Builder departed Chicago on June 10, 1929. It was christened the next day in St. Paul, Minnesota, where the GN had its headquarters and where its mainline to Seattle began, Amtrak officials said in a press release.

The service was named for James Hill, the "empire builder," who in the late 19th century founded what became the GN.

GN and three railroads merged in 1970 to form the Burlington Northern, which continued to operate the Empire Builder until May 1, 1971, when newly formed Amtrak took it over and changed the route to include Milwaukee by using what is now Canadian Pacific between Chicago and St. Paul.