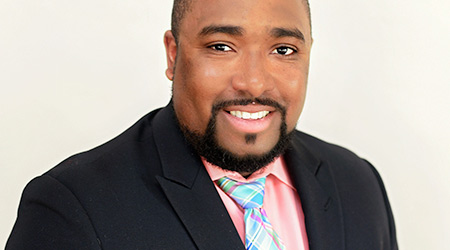 Nominator’s quote: “Kelley’s hard work has directly contributed to Amtrak’s implementation of over 17,000 miles of PTC on Amtrak’s network to date, making Amtrak an industry leader as the most interoperable of any railroad in the United States. He leads a team consisting of many Class I freight and commuter railroads to develop policies and procedures for the use of PTC in the field. He has earned the respect of these railroads for his leadership in this area. He is seen by many throughout the industry, including regulatory entities, as a PTC subject matter expert.”
— Ken Hylander, Amtrak

Why did you pursue a career in the rail industry?
I always had a fascination with trains since I was a young boy, much of which was attributed to my uncles who were both railway veterans with the Santa Fe, and later BNSF Railway. As a senior in high school, I knew the railroad was going to be my career destination, so I began exploring college institutions that offered a path to the industry.

Describe your education after high school.
After high school, I attended San Bernardino Valley College, which offered a railroad operations technical program. I completed the program in June 2004 and began working for the Union Pacific Railroad two weeks later.

How are you making a difference in the rail industry?
Implementation of positive train control (PTC) has created incredible visibility and coordination among carriers in the industry. I personally strive to establish a constant communication path, and preserve transparent relationships with Amtrak host railroad partners, as well as governing state and federal agencies. I attribute much of the successful PTC implementation across Amtrak’s operating network to this coordination.

Describe an interesting, unusual or little known fact about you.
I hold a third-degree black belt in taekwondo.

What was your very first job?
Once I received my first-degree black belt in the summer of 1999, I began training to become a certified taekwondo instructor. As part of my training regimen, I began teaching classes across all age ranges and skill levels three days a week in the evenings after school.

What is your philosophy toward life and/or your career?
Do not be afraid of the unknown. Many fear that venturing into the unknown is too high a risk, and elect to not venture from the tranquil path. The unknown creates adversity to overcome. It’s OK sometimes to walk into the dark room and have to feel around for the light switch.

What is your advice to new railroaders who want to advance their careers?
To be an effective leader, you must be an effective listener. Career advancement doesn’t always mean you have to take the podium at every opportunity. Sitting in the third row and raising your hand to speak can be just as powerful as standing on the stage in front of the crowd.

What do you think will be the biggest trend to affect railroading over the next decade?
Technology innovation. The railroad industry has become enriched with technological advancements that have improved our resource and business efficiency. However, where we are today is just scratching the surface of where we will be a decade from now.