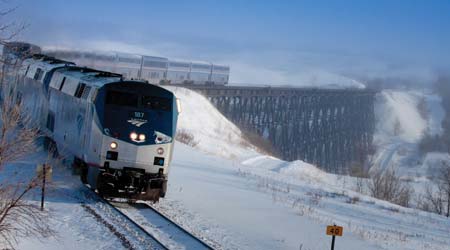 Even before Kenneth Hylander arrived at Amtrak in January 2018 to start his new job as executive vice president and chief safety officer (CSO), he knew his work was cut out for him. He had done his research on the railroad's poor safety record, one that included train accidents, derailments and other incidents that killed 11 passengers and nine employees — and injured hundreds of others — just since fiscal-year 2013.

He read the reports and knew that the national intercity passenger railroad had been under fire from Congress, transportation industry professionals and the public. Those concerns intensified following a deadly derailment in Chester, Pennsylvania, in April 2016, when an Amtrak train traveling from Philadelphia to Washington, D.C., struck a backhoe, killing the operator and a track supervisor. Thirty-nine other people were injured.

In its accident report, the National Transportation Safety Board (NTSB) stated factors that led to the derailment included allowing the train to travel at maximum authorized speed on unprotected track where workers were present; the absence of shunting devices; the foreman's failure to conduct a job briefing at the start of the shift; and numerous inconsistent views of safety and safety management throughout Amtrak.

While announcing the board's findings in November 2017, NTSB Chairman Robert Sumwalt blasted Amtrak for being weak on safety.

"Amtrak’s safety culture is failing, and is primed to fail again, until and unless Amtrak changes the way it practices safety management," Sumwalt said in a press release issued at the time. 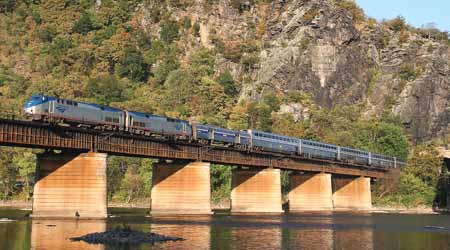 About a month after Sumwalt criticized Amtrak for having a weak safety culture — and just weeks before Hylander began working for the railroad — an Amtrak Cascades train derailed off an overpass and onto Interstate 5 in DuPont, Washington, killing three passengers and injuring dozens of others. Investigators determined the train was traveling 78 mph in a 30 mph zone just before the incident. A positive train control (PTC) system was not yet operating on the line, the NTSB noted.

Then, in early February 2018 — just weeks after Hylander took over as EVP and CSO — a southbound Amtrak train diverted from a main track through a hand-thrown switch and collided with a CSX train parked on a siding in Cayce, South Carolina. Amtrak’s engineer and conductor were killed, and more than 100 people were injured as a result of the incident, which occurred in a CSX subdivision.

The accidents in Washington and South Carolina prompted the NTSB to convene a two-day investigative hearing in July that focused on passenger-rail safety. At the hearing, Sumwalt again voiced his concerns about Amtrak's safety culture.

For their part, Amtrak executives described the substantive steps taken in recent months to correct the railroad's safety record, including the adoption of a new safety policy, risk-based management procedures, data acquisition and analytics.

At the top of their to-do list was the hiring of Hylander, who's recognized in transportation safety circles for his expertise in implementing and operating a safety management system (SMS). An SMS is a comprehensive approach to managing safety that features policy and documentation procedures, risk assessment, quality assurance and reinforcement of a safety culture throughout an organization.

Prior to joining Amtrak, Hylander managed all aspects of safety and security compliance programs at Delta Airlines, which included improvements in safety and security metrics. He also led the airline's implementation of SMS and chaired the Delta Connection Safety Alliance, which worked toward a single level of safety in operations among the Delta Air Lines network.

At Amtrak, Hylander reports directly to President and Chief Executive Officer Richard Anderson, the former Delta and Northwest airlines CEO who invited him to join the railroad, develop and carry out the SMS plan and oversee the completion of PTC implementation.

According to a September report by Amtrak's Office of Inspector General (OIG), the SMS will feature several goals. First and foremost is to prevent train accidents.

Upon starting his new role, Hylander first studied Amtrak's existing safety policies and procedures and how they were — or, in some cases, were not — carried out within the ranks. Even where policies were in place, the railroad sometimes "lacked the discipline" to follow certain procedures, he says.

He quickly concluded that Amtrak needed to redraft its policy to emphasize that every employee is responsible for operating safely on the job. In March, Amtrak's board adopted a resolution that committed the organization to being the "safest passenger railroad" in the nation. Soon after, CEO Anderson and other Amtrak executives sent a letter to all employees stating the railroad’s pledge to operate safely. Then in April, the board officially updated the railroad’s safety policy.

"The [new] policy means that every employee has the ability to stop the operation if they see something happening that's not safe," says Hylander. "We want to be a data driven organization and we want to learn from our mistakes. And we want employees to tell us about errors through voluntary safety programs, and that we can’t and won't tolerate unsafe behavior or intentional disregard for safety."

Hylander agrees with the NTSB's observation that the relationship between Amtrak management and labor groups needs to improve in order for safety procedures to be followed and policies enforced.

Moreover, the rail industry's discipline-oriented safety culture — one that calls for an employee to be disciplined every time he or she breaks a rule — can hinder open dialogue with employees who observe safety violations, he believes.

While he's pleased the groundwork is in place for voluntary safety programs among Amtrak engineers, conductors, dispatchers and maintenance-of-way folks, Hylander says those programs need to be more efficient.

"I view such programs as critical to managing and improving the safety culture," he says. "Employees have to feel they can tell us what's going on without fear of being put in harm's way through the disciplinary process." 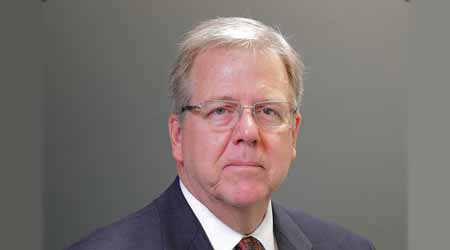 Once the new safety policy was approved by Amtrak's board, Hylander spent the rest of FY2018 — which ended Sept. 30 — assessing the railroad's safety improvement metrics. Although Amtrak had some measurements in place — such as to monitor employee injuries and rule violations — it lacked them in other areas. As a result, new metrics aimed at measuring and improving safety performance were created. After they were approved by the board, Hylander began rolling them out in October with more to come next year.

In addition, the railroad has begun to address how it conducts risk assessments. For instance, the February accident in South Carolina was related to a signal suspension. Following the accident, Amtrak developed a new process for assessing potential risks when there are signal suspensions on host railroads.

Amtrak also is applying its risk assessment principles when evaluating routes on host railroads that are not yet fully equipped with PTC systems.

The railroad is making progress in installing devices on its locomotives that travel on host railroads' tracks, and it plans to have its onboard systems ready by Dec. 31, the federal deadline for PTC implementation, according to the OIG's report.

When host railroads complete their PTC implementation, Amtrak will be able to activate its onboard systems.

The OIG audit cites company officials saying that Amtrak’s onboard system is now compatible with BNSF Railway Co., the host railroad that owns most of the track on which Amtrak operates its Southwest Chief and California Zephyr routes.

But that process has yet to occur on 19 other host rail systems. According to the audit, Amtrak has predicted that 13 of those host railroads will not be able to completely synchronize their systems with Amtrak’s before Dec. 31. Amtrak is assessing whether it will be able to mitigate the safety risks of operating on those routes "before deciding whether to amend its service," the OIG audit report states.

"From a safety department perspective, we know there will be areas of the country in Amtrak's system that do not yet have PTC because of a mainline track exclusion or because a host railroad has an alternative [implementation] schedule or will by the end of the year," Hylander says. "So, we've applied our safety risk management principles to those areas and literally, mile by mile, have gone through and assessed the risks, from switches to bridges to rails. We are determining what does our SMS do to mitigate those risks for the areas that are lacking PTC."

In some cases, Amtrak officials believe PTC will be ready on those routes within weeks or months after Jan. 1. On other routes, PTC won’t be in place for up to two years, he says.

"Interoperability is a big issue for us," says Hylander. “From an Amtrak perspective, our No. 1 priority is to operate safely. As our chief operating officer testified in Congress earlier this year, we are not interested in canceling service. We will do everything in our power to operate. We are working closely with the tenant railroads and are putting them through the same safety risk assessment that we’re putting ourselves through."

As Amtrak strives toward becoming a safer railroad, Hylander believes it can benefit from the expertise of non-railroaders. Consequently, Amtrak has expanded its safety team to include people from other sectors — such as nuclear, mining and health care — in addition to Hylander's aviation expertise. 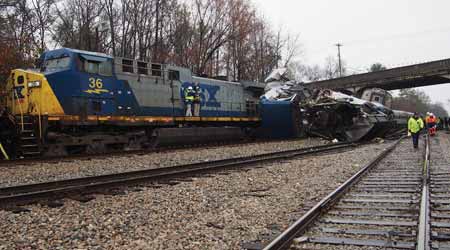 The aftermath of a Feb. 4 head-on collision between a parked CSX freight train and an Amtrak passenger train in Cayce, South Carolina.
National Transportation Safety Board

One area where Amtrak can learn from other industries is data analysis, which Hylander used to correct commercial airline safety issues. Starting in FY2019, the railroad will use new software to analyze safety efficiency testing data to help determine areas in need of improvement. In general, more data will be collected and analyzed for safety anomalies. Over time, new reports will chart whether progress is being made to correct those anomalies.

"At airlines, from every flight every day, data gets downloaded and analyzed for operating anomalies," he says. "We should be doing the same at the railroad. Every train, every trip, we want to get better analysis done and in place."

Moreover, the railroad is examining ways to recraft its employee training as part of the SMS goals.

"We're using a new instructional design process, and last year and this year we've revisited over 100 classes that are connected to safety training," Hylander says. "We are putting a more formal, structured process around those classes."

With nearly a year as CSO under his belt, Hylander says the foundation of a new safety culture at Amtrak has been set. Employees have received letters explaining the new safety policy along with other communications outlining the railroad's emphasis on safe operations. In 2019, the program will be communicated and executed more thoroughly from management on down through the employee ranks.

"SMS is about changing the culture and we know that takes time," Hylander says. "If you look at other industries that have gone through this process, it takes a multiyear act to get there."

Although the SMS implementation still has a way go, he's been encouraged by employees' willingness to move forward on making Amtrak a safely run railroad.

"The history of Amtrak accidents since 2015 has been a shock for the people who work here," says Hylander. "And they wanted some help to try to understand how to get through it. That's why I'm here. That's what I'm trying to do."