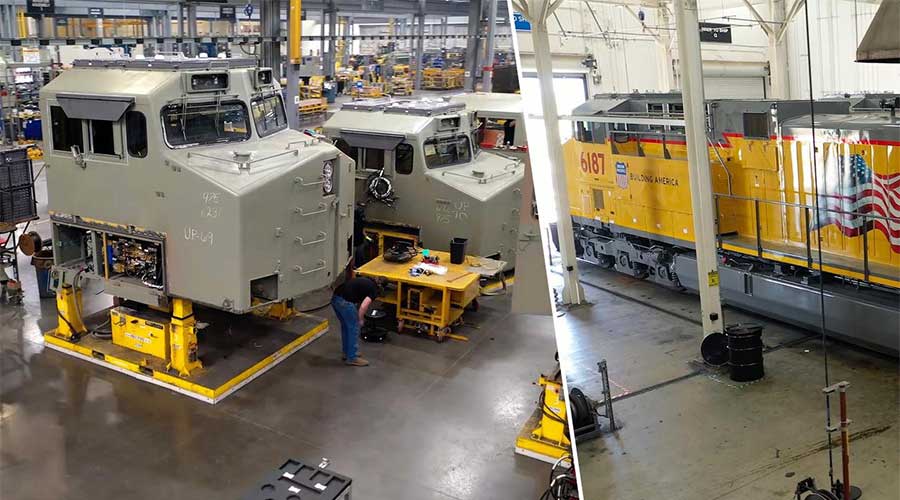 Wabtec will modernize 525 of UP’s AC4400 and AC6000 locomotives, as well as 75 Dash-9 locomotives. The upgrades include the FDL Advantage engine and Modular Control Architecture, a controls technology applicable to Wabtec’s locomotive installed base.

The agreement is part of UP’s fleet strategy to move freight more efficiently and sustainably across its network, UP officials said in a press release. The Class I is on track to achieve its Scope 1 and 2 greenhouse-gas emissions reduction target of 26% by 2030 from a 2018 baseline.

The modernizations will provide nearly 350 tons of carbon reductions per locomotive per year, while the order overall will allow UP to reduce annual emissions by about 210,000 tons. The reductions are equivalent to taking nearly 45,000 passenger cars off the road.

The order will also focus on recycling and reusing 70,000 tons of steel from the locomotives, equal to more than 51,000 passenger cars. Locomotive life will be extended and fuel efficiency will be improved up to 18%, UP officials said.

This is the third major modernization order from UP since 2018, with more than 1,030 locomotives expected to be completed in 2025. Deliveries under the agreement are expected to begin next year.