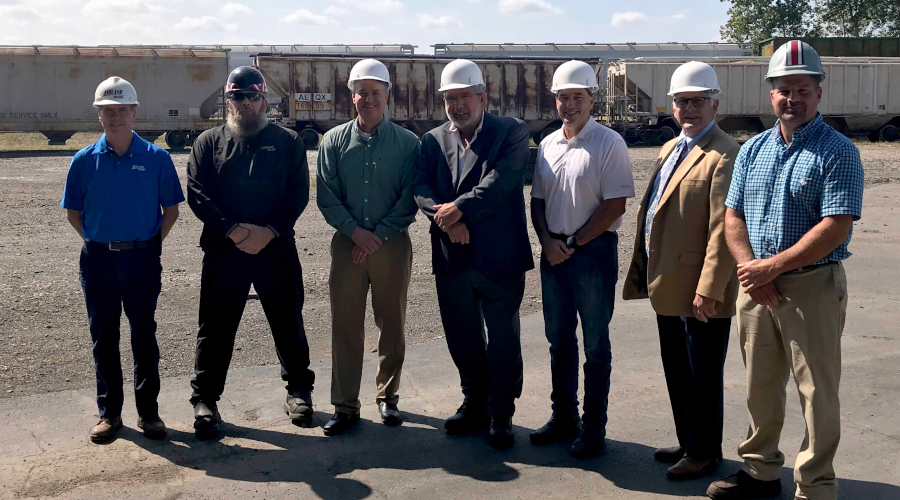 Balderson joined other local officials to learn more about the short line’s operations and impact on the region, Ashland officials said in a press release.

The group got a firsthand look at the railroad’s recently expanded transloading capacities, including two 40-ton cranes and a 400-foot indoor dock for rail cars and tractor trailers.

They also discussed how federal policies can affect railroads at the local level, as well as Balderson’s co-sponsorship of the Building Rail Access for Customers and the Economy (BRACE) Act.

The BRACE Act is bipartisan legislation that would make the 45G short-line tax credit permanent. The credit last expired Dec. 31, 2017.

“We are planning for growth,” said Steve Nielsen, Ashland Railway's senior director of marketing and sales. “That takes significant and ongoing investment in our infrastructure. We do the bulk of that spending ourselves, but also rely on commonsense policy like the 45G short-line tax credit to help us maintain that first-and-last-mile for customers.”

Ashland Railway’s 56 track miles, which are located along the Interstate-71 corridor, are a critical link for the region’s producers, from the steel and energy industries to farmers and consumer goods manufacturers, short line officials said.

The short line interchanges with CSX and Norfolk Southern Railway.