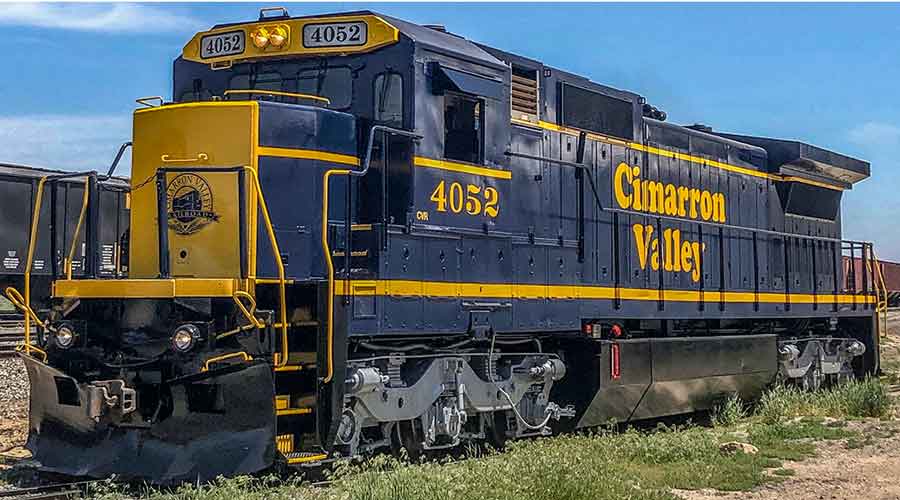 Cimarron Valley Railroad (CVR) has received a grant from the Kansas Department of Transportation (KDOT) to help cover the cost of replacing the railroad's 13 aging locomotives with a "more modern and efficient fleet" of seven engines.

The upgrade will benefit CVR's rural customer base through lower fuel costs, enhanced service and better reliability, CVR officials said in a press release. In addition, the newer locomotives will offer a significant increase in hauling capacity, they said.

All of the 4000 HP GE Dash 8 models have been certified by the original manufacturer, GE Transportation (now a Wabtec Corp. company) and have undergone extensive 100-point checks, according to CRV.

The state funding is provided through KDOT's State Rail Serving Improvement Fund, which was modified several years ago to providing grants for the upgrading of cars and locomotives in addition to rehabilitating track and other infrastructure components.

CVR's overall fleet age averages 45 years. The replacement units were built in the late 1980s to early 1990s, which will result in an improvement of 25 years in average age and technological advancement, CVR officials said.