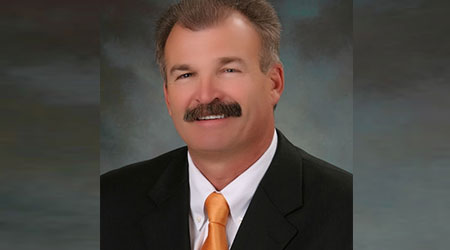 Since joining Watco in 2005, Roach's main focus has been on improving and developing the company's marketing and business development teams. He has led or influenced many of the company's growth initiatives, Watco officials said in a press release.

"Watco would not be the success we are today, without Allan's knowledge of the industry and his leadership skills that have made many great things happen," said Watco Executive Chairman Rick Webb. "It is our hope to continue to work with Allan in the future, without bothering him too much in his well-deserved retirement.”

The decision was made after considering the concerns of the community and community leaders, the Chicago Department of Public Health (CDPH) and the U.S. Environmental Protection Agency (EPA), Watco officials said in a press release.

The terminal has handled such material for more than 30 years. Watco acquired it in February 2017.

"Watco is undertaking the repurposing of its Chicago Ferro Terminal and in doing so, will continue complying with all EPA and CDPH bulk material handing rules and regulations," company officials said. "A new operations plan is in development to stop inbound bulk manganese and remove the remaining manganese at the terminal in consultation and cooperation with our customers."