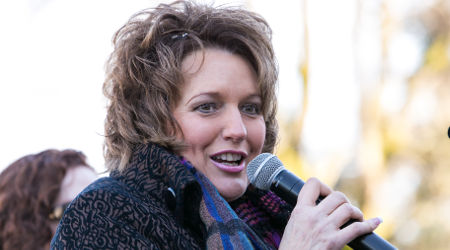 The bill, authored by State Rep. Liz Pike (R-Camas), would change the state's Growth Management Act (GMA) to allow new businesses that need large parcels to locate along the Chelatchie Prairie Railroad in Clark County and other short lines in eastern Washington.

The legislation is necessary because rail-served land is scarce throughout the state, Pike said in a press release. Under the existing GMA, the Columbia River Economic Development Council in her district has had to turn away four new companies that wanted to locate in her district, she said.

The bill would change the law to allow agricultural, forest and mineral resource lands adjacent to short-line railroads to be developed for freight-rail dependent uses in Clark County and eastern Washington.

Pike said the bill was slightly amended in the Senate, so it must return to the House for concurrence. Once that happens, it will be sent to the governor.

"This measure will open the door to new opportunities and bring hundreds, maybe thousands of jobs to our communities across Washington state. That means more money in the form of paychecks that will stimulate our local economy," added Pike.