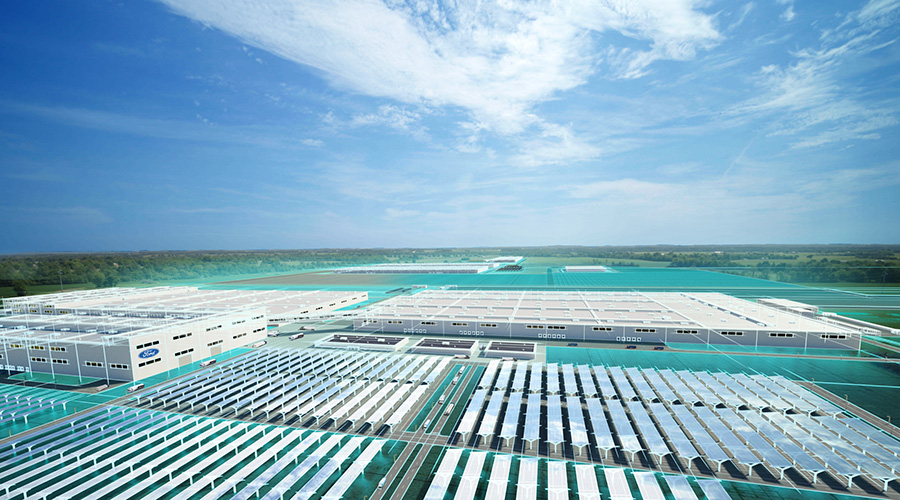 Ford Motor Co.'s two new mega campuses in Tennessee and Kentucky will be built on sites served by CSX.

Ford announced last week that it would invest $5.6 billion to build a 3,600-acre campus at the Memphis Regional Megasite, where it will produce the next generation of electric F-Series trucks and batteries. Ford’s "Blue Oval City" campus will be the first tenant located at the megasite, which is served by CSX.

Ford will partner with Tennessee on technical training and education in addition to new, nationwide $525 million investment in technician training, Ford officials said in a press release.

The campus will be built on the existing Glendale Megasite, which has direct access to a CSX mainline and is a certified CSX Select Site. Designated Select Sites meet certain criteria for development.

"Rail access will be an important feature of both Ford campuses, aligning well with the company's 'longer-term goal to create a sustainable American manufacturing ecosystem,' " GoRail Assistant Vice President of Field Operations Michael Gaynor wrote in a recent blog.

"Railroads, for their part, are the most sustainable way to move freight over land—about 3 to 4 times more fuel efficient than trucks. That means greenhouse gases fall by 75% when freight is moved by rail rather than trucks," the blog stated.

Gaynor also noted that "railroads are critical connectors for the U.S. auto industry, serving most of the 70-plus automobile manufacturing plants across North America moving nearly 75% of America’s new cars and light truck."

Investments in the new Tennessee and Kentucky battery plants are planned to be made via BlueOvalSK, a new joint venture to be formed by Ford and SK Innovation. Combined, the two campuses are expected to employ 11,000 people.

"This is a transformative moment where Ford will lead America’s transition to electric vehicles and usher in a new era of clean, carbon-neutral manufacturing," said Ford Executive Chair Bill Ford in a press release. "With this investment and a spirit of innovation, we can achieve goals once thought mutually exclusive — protect our planet, build great electric vehicles Americans will love and contribute to our nation’s prosperity."