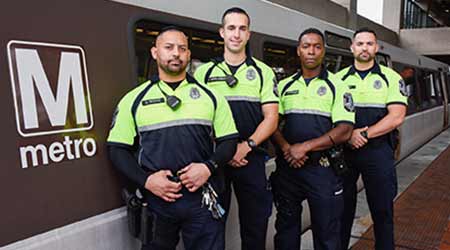 The Washington Metropolitan Area Transit Authority (WMATA) last week announced the number of serious crimes on its system in 2018 were the fewest since 1999.

In addition, robberies were down 6.2 percent and aggravated assaults were down 3 percent. MTPD reported five sexual assault/rapes during the year, four of which were closed, as well as four arson incidents.

"Moving these numbers in the right direction is the result of many factors, including the use of technology, strong coordination with our law-enforcement partner agencies and proactive policing such as enforcement of fare payment," said MTPD Chief Ron Pavlik.

In addition to uniformed and plain-clothes officers, MTPD uses high-definition cameras throughout the transit system — including onboard vehicles — to help officers identify suspects and protect riders.