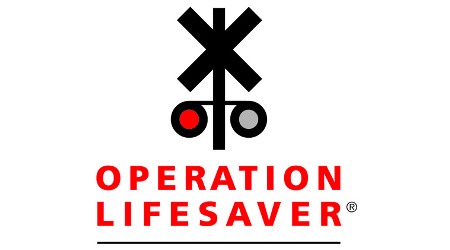 Operation Lifesaver Inc. (OLI) yesterday released five new videos aimed at educating younger adults on the dangers of being near trains and tracks.

The videos were developed as part of OLI's mission to reduce collisions, fatalities and injuries at grade crossings and prevent trespassing on or near railroad property.

Three videos use music and two use animation to sell their message, according to an OLI press release.

The animated one-minute videos, titled "Time to Wait" and "Hit by a Train," target males aged 18 to 35, the demographic most likely to be involved in crossing and trespass incidents, said OLI Interim President Wende Corcoran.

The music videos — titled "A Story to Tell," "You Better be Aware," and "Operation Lifesaver Rap" — were created as part of a digital advertising campaign during the first U.S. Rail Safety Week, which was held Sept. 24-30.

"These new materials are intended to be shared on social media with family, friends and other safety-minded organizations," said Corcoran.

The videos can be found on OLI's website and Vimeo page.

OLI's latest educational campaign follows last week's news that the number of people killed in U.S. rail accidents rose to 733 in 2016 from 708 in 2015, according to the National Transportation Safety Board (NTSB).

Of the fatal incidents last year, 487 were due to trespassing on freight, passenger or commuter-rail property, according to the NTSB's annual report on U.S. transportation fatalities.