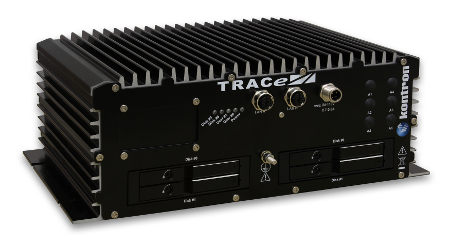 TRACe can store, process and analyze imagery in real time, or stream video recorded by surveillance cameras. In standard configurations, the robust TRACe V40x-TR is compliant with the EN50155 standard for electronic equipment on rolling stock, Kontron officials said in a press release.

TRACe comes with two removable drive bays, enabling a storage capacity of up to 4 terabytes. The devices also feature a health management unit to continuously monitor the most important functions with multiple sensors, according to Kontron. An integrated microcontroller monitors several temperature sensors, controls supply voltages and current.

TRACe V40x-TR supports Kontron's security solution, APPROTECT, which is powered by Wibu. This solution is based on an integrated Wibu security chip and offers comprehensive security mechanisms such as IP and copy protection while avoiding reverse engineering, Kontron officials said.