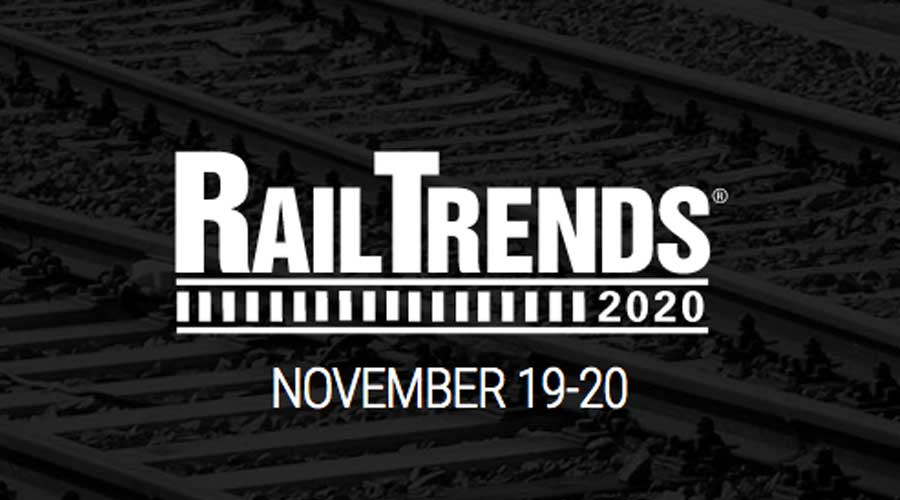 RailTrends® has opened registration for this year's conference, which will be held virtually Nov. 19-20.

Now in it's 16th year, RailTrends — presented by Progressive Railroading and Tony Hatch, senior transportation analyst at ABH Consulting — features the perspectives of senior executives from Class Is, regionals and short lines during two days of sessions.

This year's event is being held virtually instead of in New York City due to the COVID-19 pandemic. Conference attendees will hear about key trends from Class I chief executive officers and other high-ranking industry representatives.

In August, RailTrends and Progressive Railroading announced CSX President and Chief Executive Officer James Foote will be the 2020 recipient of the Railroad Innovator Award, which recognizes an individual's outstanding achievement in the rail industry.

In addition to Foote, other Class I president/CEOs also are scheduled to speak at RailTrends, including CN's Jean-Jacques Ruest and Canadian Pacific's Keith Creel.