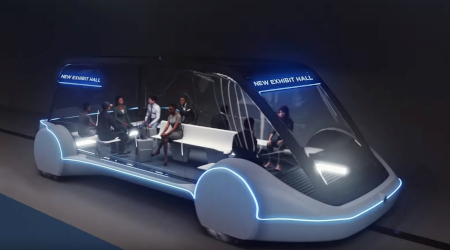 The Las Vegas Convention and Visitors Authority (LVCVA) is seeking approval from its board to select The Boring Co. (TBC) to design, construct and operate autonomous electric passenger vehicles in underground express-route tunnels around the Las Vegas Convention Center, the authority announced in a press release earlier this week.

Upon approval from the board on March 12, the project would have the potential to connect the Las Vegas Convention Center, downtown Las Vegas, the Las Vegas Boulevard Resort Corridor and McCarran International Airport. Following approval, specific plans and contracts would be negotiated in a meeting to be held by June.

Now under expansion, the convention center will span 200 acres by 2021.

“We are excited to work with the LVCVA to provide a world-class mass transit system in Las Vegas,” said TBC president Steve Davis in a press release. “Upon approval, it can be in use by Las Vegas Convention Center guests within one year, supporting the LVCVA's expansion timeline.”

The estimated fiscal impact of the potential project is between $35 million and $55 million, LVCVA officials said.