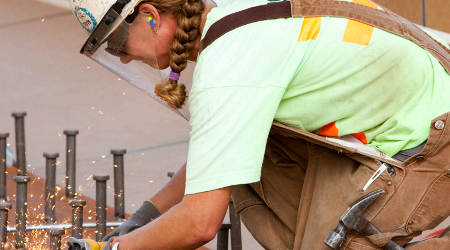 If the United States' $90 billion public transit repair backlog isn't addressed soon, it could result in a $340 billion loss to the country's economy over the next six years.

That's according to a recent study released yesterday by the American Public Transportation Association (APTA). Conducted by the Economic Development Research Group Inc., the report found that the loss in revenue would translate to a $180 billion loss in the country's cumulative gross national product, as well as a $109 billion dip in household income.

The financial losses would result from decreases in worker efficiency and productivity caused by public transit delays and disruptions, the report stated.

"The economy benefits when operators can devote resources toward expanding and modernizing service in response to emerging growth instead of investing resources into merely managing and maintaining facilities and equipment that are past their useful service life," the report's authors wrote.

Yesterday, the association held a press conference with chief officers at five transit agencies to underscore the consequences of failing to invest in public transit.

Before the state funding was in place, the agency was "putting on Band-Aids when we needed surgery," Knueppel said.

Although SEPTA and other agencies have received steady local and state funding, the transit execs called for better federal investment.

"We need a stronger federal commitment," said Ed Reiskin, director of transportation at the San Francisco Municipal Transportation Agency. "I would argue this is very much in the federal interest. ... California is one of the main drivers of the national economy."