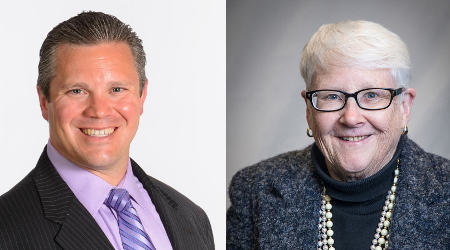 Stone, who serves as mayor of Belmont, California, represents the Central Judicial Cities on SamTrans' board. Last month, the agency tapped Charles Stone to serve as a representative on the Peninsula Corridor Joint Powers Board.

In addition, Carole Groom was elected vice chair of SamTrans' board. She represents the San Mateo County Board of Supervisors on the agency's board, SamTrans officials said in a press release.

Liccardo, who's mayor of San Jose, California, represents the city on the VTA board. He succeeds Jeannie Bruins as chair. In 2017, Liccardo served on the administration and finance committee, as well as the governance and audit committee.

"In 2018, we'll continue pursuing every opportunity available to address our growing traffic problems and help build a world-class transportation system for the entire region," Liccardo said in a press release. "In particular, I look forward to the launch of the first 10-mile segment of VTA's Extension of BART Silicon Valley later this year and continuing the crucial work to extend service all the way to Downtown San Jose and Santa Clara."

VTA's board elected Teresa O'Neill as vice chair. She's a member of the Santa Clara City Council and represents Miplitas, Santa Clara and Sunnyvale, California, on VTA's board.