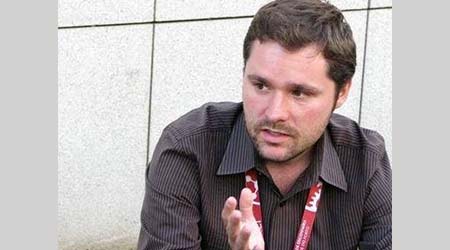 He will be responsible for monitoring and improving the rider experience at every customer touchpoint. One of his first orders of business: creating an advisory council by fall that will include riders throughout the state who will represent all regions and transportation modes, NJ Transit officials said in a press release.

Mader previously served as global head of digital strategy for Fitch Ratings, where he streamlined the customer experience throughout the firm’s credit rating and market intelligence businesses.

"Mader's advocacy for mass transit in our region, most recently as chair of the PATH Riders Council for the last five years, will be an invaluable asset to making the tangible improvements our customers demand and deserve," said NJ Transit Executive Director Kevin Corbett.

Meanwhile, NJ Transit also recently issued a request for prequalifications for contractors interested in bidding on a contract to replace the bridge over the Raritan River between Perth Amboy and South Amboy, New Jersey.

Built in 1908, the bridge sustained significant damage during Superstorm Sandy in 2012. The replacement structure will ensure many decades of safe, continuous use for NJ Transit riders, agency officials said in a press release. The new bridge will be built on an adjacent alignment to ensure minimal service disruptions.

The bridge is the sole rail link for 17 of the 20 stations on the North Jersey Coast Line between popular recreation destinations along the Jersey Shore and major employment centers in the region, NJ Transit officials said. The bridge also is used by Conrail.

"This project aligns with our mission to build a robust and sustainable system that will better withstand the effects of extreme weather, while meeting the current and future transportation needs of our customers,” said Corbett.

The agency plans to hold a prequalification submittal conference May 1 at its headquarters in Newark. Contractors’ submissions are due May 30.