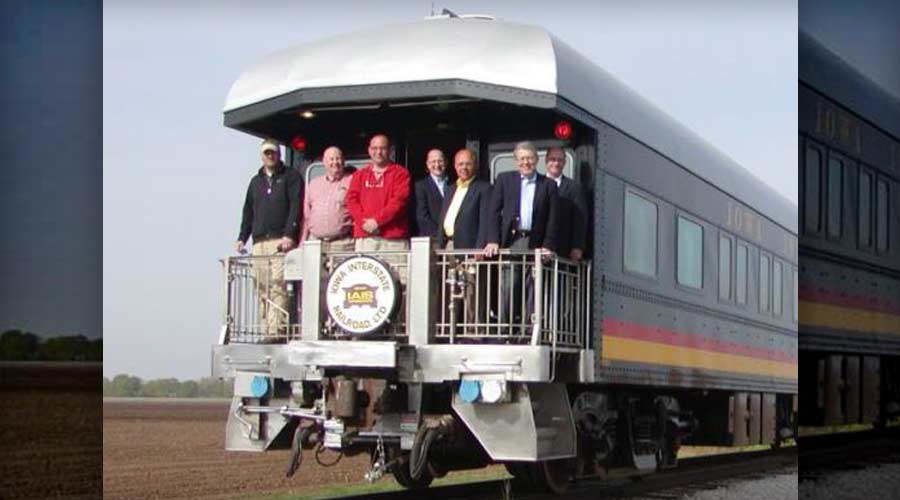 IAIS operated a special train on Oct. 18 to mark Pietrandrea’s retirement. He and partner Henry Posner III — who is currently RDC’s chairman — formed RDC in 1987. Pietrandrea will continue to serve as an IAIS board member.

Founded in 1984, IAIS operates over 500 miles of track between Omaha, Nebraska, and Chicago and Peoria, Illinois, and interchanges with all Class Is.

“Bob set the tone for the trajectory of the company with his focus on investing in both our people and facilities, and this is reflected in Silvis, which as our eastern gateway also represents growth and connectivity,” said Posner in a press release.

Added IAIS President Joe Parsons: “Naming this key facility after Bob is only natural due to his many contributions over the years that allowed IAIS to not only survive, but thrive.”