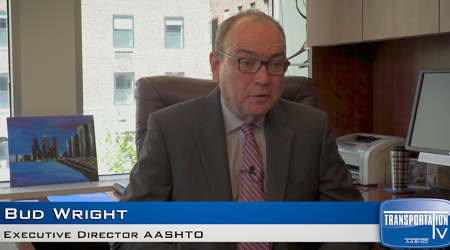 The District of Columbia Chapter of WTS International last week gave its Secretary Ray LaHood Award to Bud Wright, the executive director of the American Association of State Highway and Transportation Officials (AASHTO).

Named after former U.S. Transportation Secretary Ray LaHood, the award honors someone who is an outstanding role model and advocate for women in transportation.

Wright has overseen a diverse workforce at AASHTO since becoming its chief executive in 2013 and earlier as executive director of the Federal Highway Administration from 2001 to 2008, according to the AASHTO Journal.

WTS International advocates for the advancement of women in the transportation industry.