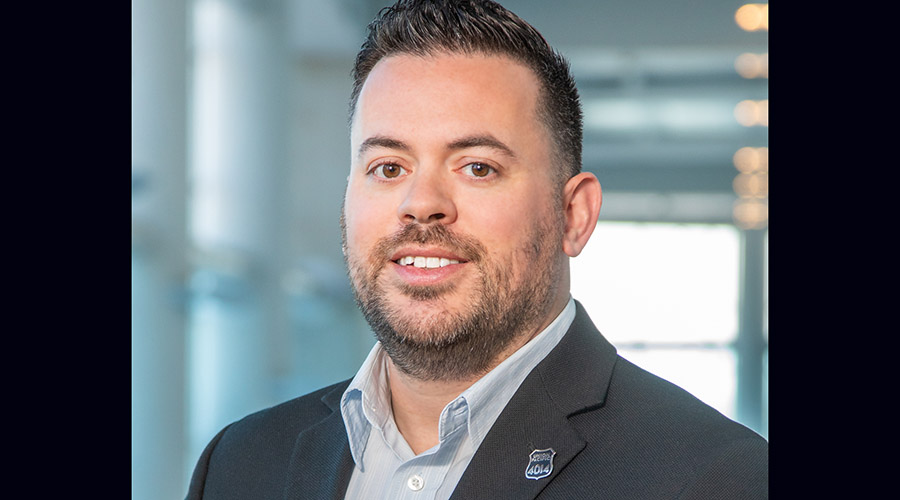 Nominator's quote: "In Los Angeles, Carl's team worked with domestic and international intermodal shippers to grow intermodal train length on Union Pacific’s Sunset Corridor by over 50% in the last 24 months. This has allowed for a 15% reduction in crew starts, a 16% increase in gross ton mile/crew hour worked, and a 20% increase in gross ton mile/train." — Beth Whited, Union Pacific Railroad

Education: University of Illinois at Urbana-Champaign, B.S. in mechanical engineering.

Job responsibilities: Responsible for the safe and efficient maintenance and repair of the locomotive and car fleets.

In 2013, moved to Pocatello, Idaho, as director of transportation services, and in 2014, to Los Angeles in the same role. In 2015, moved back to Pocatello, Idaho, as general manager of the Pocatello service unit. In 2017, moved to El Paso, Texas, as GM of the Sunset service unit. Moved back to L.A. in 2018 as GM of the Los Angeles service Unit. In 2020, moved to Omaha, Nebraska, as AVP mechanical.

How did you get into the railroad industry? I attended an engineering career fair at University of Illinois and was recruited there by Union Pacific.

What is the best career advice you've received? Perform to the best of my ability in everything I do, and not to worry about career path as it will be charted through hard work, dedication and performance.

What advice would you give to a new railroader? Question everything you see, and maintain and cultivate that curiosity to understand and improve the operation around you.

What was your very first job? A cook at a small family-owned restaurant in my hometown when I was 15.

Describe a fun fact about yourself: I taught myself how to play guitar in high school.

What do you enjoy doing in your spare time? I enjoy photography, driving sports cars, spending time with my wife Jenae and my son Stone, cycling, tennis and a number of other activities.