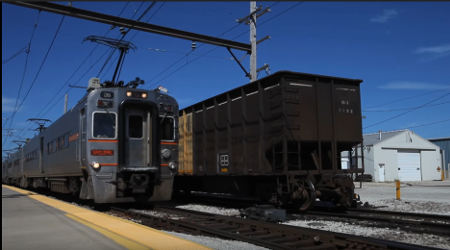 The FTA based its decision after a environmental assessment of the project. The decision gives NICTD the green light to continue developing the $312 million project, which calls for building a second track along the South Shore Line corridor between Virginia Street in Gary, Indiana, and East Michigan Boulevard in Michigan City, Indiana.

"The team at NICTD has worked hard to minimize the project’s impact on the natural and human environment for the past two years," said Michael Noland, South Shore Line's president. "We are thrilled to reach this critically important milestone and advance the project in the Capital Investment Grant process with the FTA."

The FTA grant would cover 50 percent of the double-track project's cost. The Northwest Indiana Regional Development Authority, the state of Indiana and local communities would fund the balance.