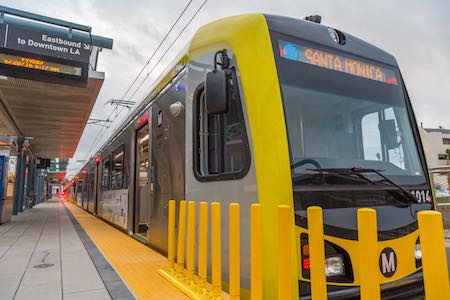 The Los Angeles County Metropolitan Transportation Authority (Metro) has received an unsolicited proposal aimed at accelerating projects that would be funded by the Measure M initiative.

Submitted by Parker Infrastructure Partners, the proposal calls for flexibility to fund projects at different stages with the goal of improving project delivery, Metro officials said in a press release.

The Parker proposal has moved through the first phase of Metro's unsolicited proposal review process and is moving into the detailed proposal phase, agency officials said.

"This effort is totally market driven by the private sector, and our desire and intent is to rewrite the rules of strategic transportation infrastructure project delivery in L.A. County and this country," said Metro Chief Executive Officer Phillip Washington.

"We've received nearly 50 proposals on various levels and for different ideas, but this one is the most ambitious thus far," Schank said.

They include a proposal from ACS to accelerate the West Santa Ana Branch light-rail project through a public-private partnership funding model, along with two proposals from Skanska.

One Skanska proposal calls for accelerating the West Santa Ana line through public-private funding, while the other would accelerate the third phase of the Purple Line Extension to University of California, Los Angeles.