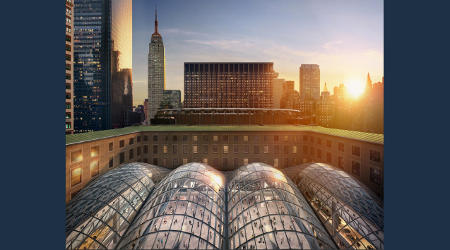 New York Gov. Andrew Cuomo late last week announced the closing of a financial arrangement that sets the stage for construction to begin on the $1.2 billion redevelopment of the Farley Post Office into a train hall connected to Penn Station in New York City.

The project will be a collaboration between the Empire State Development Corp. and Related Cos., Vornado Realty LP and Skanska USA.

This summer, Amtrak will close some tracks at Penn to make emergency repairs on tracks and switches.