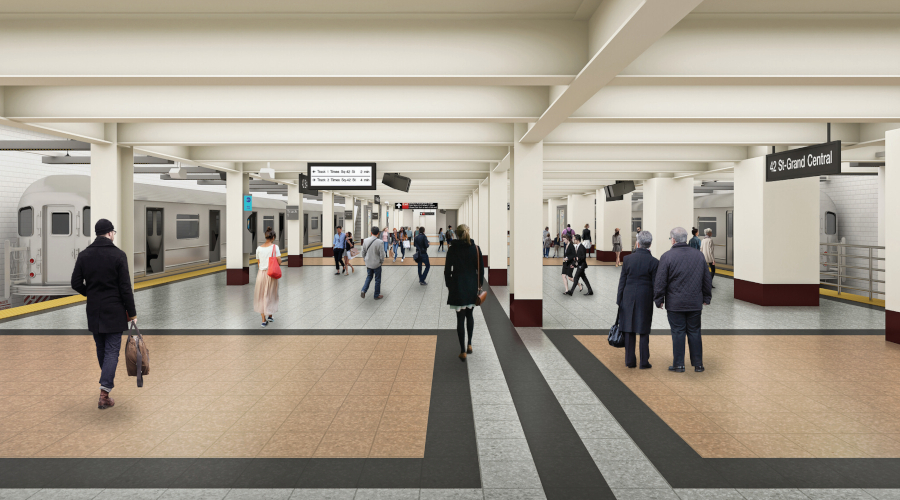 Dubbed 42nd Street Connection, the project includes redesign of the 42nd Street Shuttle to make it accessible according to American with Disability Act standards; access improvements to the Lexington and Flushing subway lines at Grand Central Terminal; and upgrades to the Times Square Station.

Since it was implemented in August 2019, the new project management approach to bundle the projects under one plan has cut costs by $10 million and reduced project timelines by over a year, NYCT officials said in a press release.

Also last week, NYCT released first-year results of its station management program, which ensures about two dozen station managers are responsible for all conditions at 15 to 20 stations. The managers addressed 62,000 maintenance problems, equipment defects and station environment issues, as well as made enhancements to and performed deep-cleans at hundreds of stations.

Before the program's launch, various managers were responsible for different aspects of a station, with the chief stations officer responsible for all end-to-end station conditions in the system.