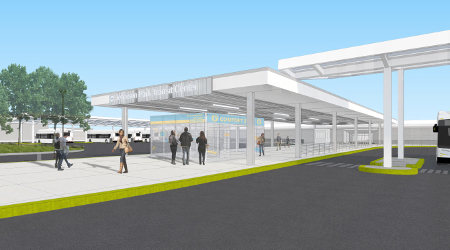 The center is the fourth busiest station along the Blue Line's O'Hare branch. In 2017, the station logged more than 2.1 million rides.

"This station is a vital transit link for the northwest side and this project will allow us to provide our customers with a much-improved travel experience," Carter said.

The renovation project is part of CTA's $492 million "Your New Blue" effort, which is aimed at modernizing stations and tracks along the Blue Line O'Hare branch.