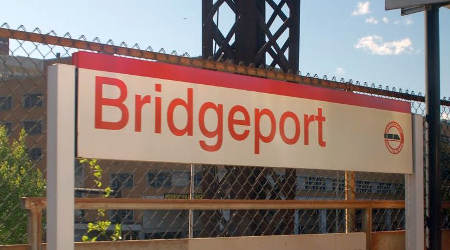 The project included extended canopies, better lighting, a resurfaced platform and real-time electronic signage for arrivals and departures, according to a press release issued by Malloy's office.

Crews also installed new benches, guardrails and a wind-break system on the platform.

The train station is part of the Bridgeport Intermodal Transportation Center, which serves 10,000 daily customers in Bridgeport, which is Connecticut's largest city. The center is a hub for rail, bus and ferry connections to New Haven Line trains, as well as Amtrak service.

The project began in March 2015 and was completed by Banton Construction Co. The work is part of an ongoing capital investment program to rebuild the New Haven Line, which is owned by the state.