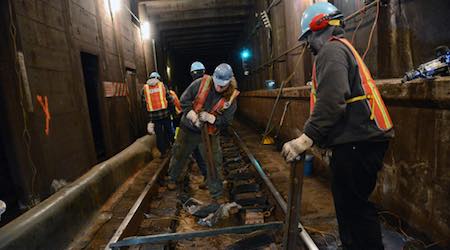 The U.S. Department of Transportation (USDOT) last week published a report showing a nearly $90 billion backlog in the maintenance of transit assets across the country.

That sum could grow to $122 billion over the next two decades if maintenance funding remains at existing levels, USDOT officials said in a press release.

The department's "conditions and performance" report reviews the condition of transit assets such as rail cars, tracks and buses. In addition, the report highlights increased demand for transit service in recent years, which makes state-of-good-repair investments "even more critical," USDOT officials said.

"This report shows the impact of the lack of investment in infrastructure. The results of that neglect can be seen throughout our country as both reliability and safety suffer," said Acting Federal Transit Administrator Carolyn Flowers. "We must increase investment in public transportation nationwide, because we must take immediate action to bring our transit infrastructure into a state of good repair and provide the world-class service that Americans deserve." 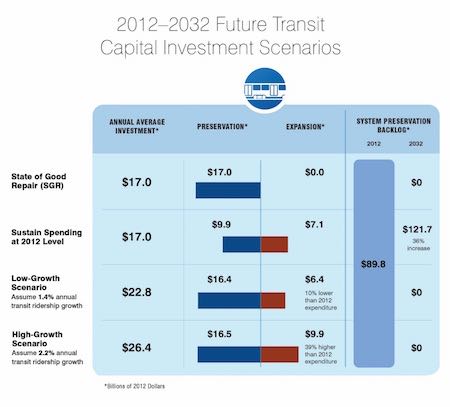