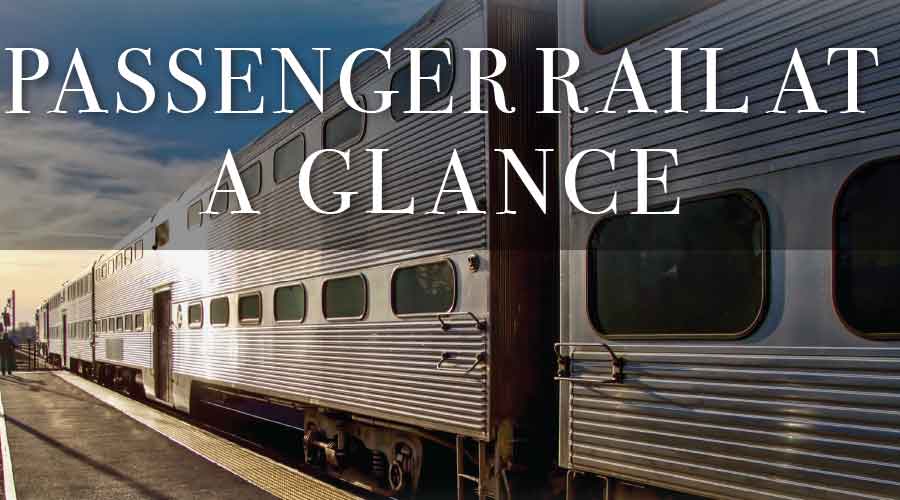 Americans took more commuter-rail trips last year than they did in the previous year, but overall ridership on commuter-, heavy- and light-rail systems was down slightly by 0.41 percent (based on passenger trips) in 2018, according to the American Public Transportation Association’s latest annual ridership report, which was issued in April.

Overall, Americans took 9.9 billion trips on all forms of public transit in 2018, down 2 percent. Among the reasons APTA cited for the ridership dip are lower gas prices, growth in alternative transportation options such as ride-hailing services and employers’ expansion of work-at-home flexibility.

And yet, despite the year-over-year ridership decrease, public transit ridership grew 27 percent between 1995 and 2018. Many of those trips are being taken on rail systems, APTA officials say. And many cities are building or expanding transit-rail service, from commuter rail to light rail to streetcar systems.

So, it comes as no surprise that the number of transit-rail systems continues to climb. Of the 88 rail systems now operated by public transit agencies, only nine have been operating since the 19th century, according to APTA’s 2019 Fact Book. As the book notes, major cities such as Los Angeles and Denver continue to build new rail lines and expand existing ones to reach neighboring suburbs. Other cities — including Seattle, Phoenix and Dallas — have made significant investments in their rail systems, which has resulted in increased ridership.

As a result of all that new rail service, public transit trips have become more balanced. According to APTA, 48 percent of passenger transit trips are now taken on trains versus 47 percent on buses.

Besides building more rail lines, transit agencies are looking at other ways to encourage riders to take the train when going to work, school or social activities.

“As people have more transportation options than ever before, public transportation systems around the country are experimenting with new programs and services to attract new riders,” APTA President and Chief Executive Officer Paul Skoutelas said in a press release issued earlier this year. For example, several transit agencies have developed partnerships with ride-hailing companies such as Uber and Lyft to help riders get to and from train stations.

Agencies also are making it easier for riders to pay for fares and transfers via apps; installing more digital and electronic signage to alert riders about train arrivals and departures; and implementing comprehensive programs to improve customer satisfaction and the rider “experience” on trains and at stations.

Figuring out how to survive in an evolving transportation landscape is just one major challenge facing transit-rail leaders this year, according to survey responses they submitted to Progressive Railroading for the 2019 edition of “Passenger Rail at a Glance.” Some indicated they’re concerned with issues similar to those expressed in previous years: keeping the fleet and infrastructure in a state of good repair; figuring out current and future funding trends; and completing implementation of positive train control.

One new issue that popped up on survey responses this year: recruiting enough staff to fill job openings, especially as more boomer generation employees reach retirement age. Undoubtedly, how that issue and others evolve will be monitored closely by agencies over the coming year.

Why isn’t my railroad listed?

As in prior years, Passenger Rail at a Glance primarily includes survey information submitted by transit-rail agencies. If your railroad is not included in the 2019 guide and you would like it to be included in the 2020 version, please contact me via email at julie.sneider@tradepress.com.