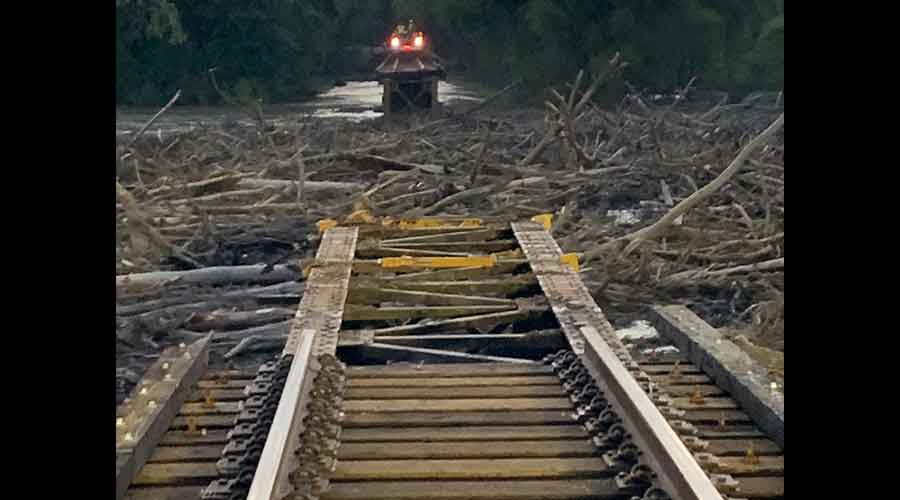 Norfolk Southern Railway has suspended service in northern Missouri due to the collapse of a heavily traveled rail bridge over the Grand River in Brunswick.

"There was significant damage to the bridge and current estimates are three to four weeks for repairs," they said.

NS has entered into agreements with interline partners to detour freight traffic over alternative gateways until the repairs are completed. All intermodal terminals will accept traffic into Kansas City, where the terminal is open.

"All traffic originating or terminating in the Kansas City area should expect a 48- to 72-hour delay," NS officials said.

The railroad referred customers to AccessNS for more information.