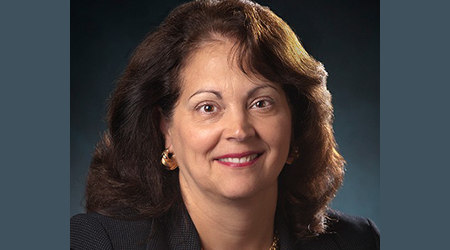 Q1 2017 net income rose 12 percent to $433 million compared with a year ago, due to a 7 percent rise in income from railway operations, as well as a lower effective income tax rate, NS executives said in a press release.

"Norfolk Southern's record results for the first quarter demonstrate the efficacy of our strategic plan, under which we are enhancing our service quality and network performance while driving significant efficiency improvements," said Chairman, President and Chief Executive Officer James Squires. "Our focus on providing a superior service product has positioned us for growth and, coupled with our cost discipline, has contributed to a solid start to the year. Our strategy provides a strong foundation for growth at low incremental costs, a powerful formula for enhanced shareholder value."

Railway operating revenue increased 6 percent to $2.6 billion compared with the same period a year ago, as overall volume rose 5 percent due to growth in major commodity categories of coal, intermodal and merchandise. Income from railway operations was a record $773 million, up 7 percent year over year.

Q1 railway operating expenses increased 6 percent to $1.8 billion compared with the year-ago period. Targeted expense reductions and efficiencies were offset by inflation, particularly related to fuel expenses, which were higher by $64 million.

Also today, NS announced that Executive Vice President and Chief Financial Officer Marta Stewart intends to retire Aug. 1. Since she joined NS in 1983 as an accountant, she has been instrumental in developing the company's accounting systems and controls, company executives said.

"Marta has made significant contributions to NS over the course of her career, most recently as one of the architects of our strategic plan," said Squires. "Her intimate knowledge of the railroad business, engagement with stakeholders inside and outside the company, and relentless focus on driving shareholder value has positioned NS for continued success."

NS has begun the search for her replacement with the assistance of an executive search firm.