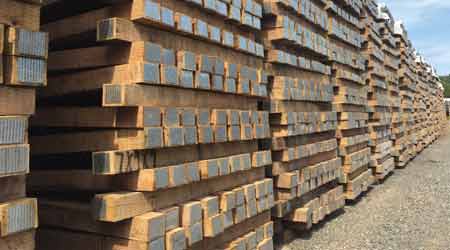 
If you’d asked Jim Gauntt in mid-August to identify his biggest concern about the wood crosstie market heading into 2018, he would have cited surplus inventory. But the two deadly hurricanes that caused historic flooding in about half the primary tie-producing states in late August and early September have given the Railway Tie Association’s (RTA) executive director reason to pause, prediction-wise.