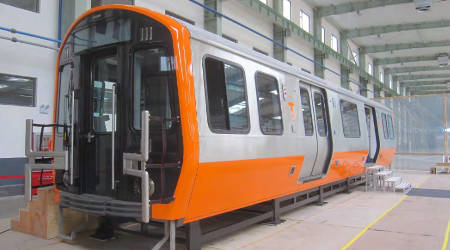 The $98 million project calls for adding a service bay to the Wellington Carhouse, and rehabilitating and modernizing its existing lifts, cranes, wheel truing machine and roof.

The upgrades are necessary for the MBTA to maintain its new fleet of Orange Line subway cars, which are slated for delivery in December 2018. The agency ordered 152 Orange Line cars from China Railway Rolling Stock Corp. in 2014.

Crews also will build a new electronics room for the new units, MBTA officials said in a press release.

The rehab project is one component of the Red Line/Orange Line infrastructure improvements program, which includes yard and track improvements for the two rail lines. The program's total costs are $470 million for fiscal years 2018 and 2019.