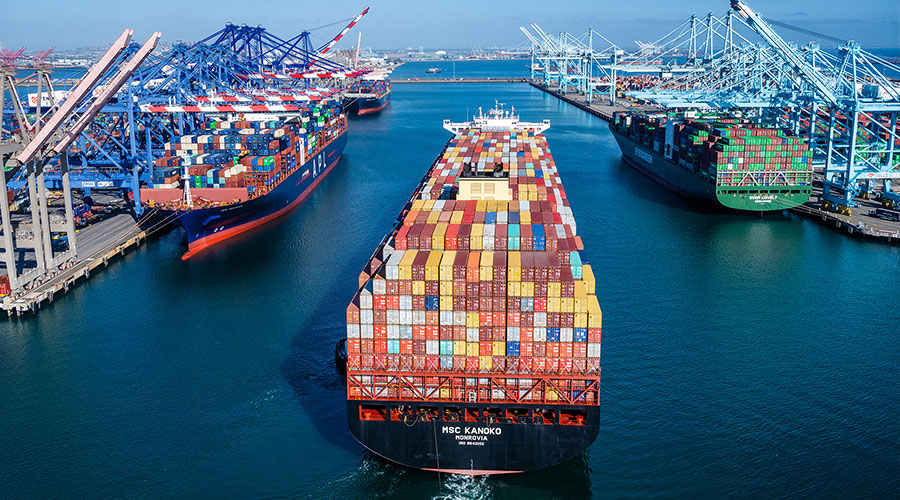 "While this is a shot in the arm to increase capacity before containers reach rail lines, the industry knows close coordination with its trucking partners is critical to accelerate the movement of goods out of intermodal yards and into warehouses," said AAR President and Chief Executive Officer Ian Jefferies. "Collaborative efforts like what was announced [yesterday], are vital to help ease pain points and smoothly pass goods from one leg of the freight logistics relay to the next."

Biden announced that the L.A. port would stay open around the clock and major shippers such as Walmart, UPS and FedEx would expand their working hours as the administration seeks ways to address global supply-chain gridlock. The problems have included bottlenecks at the Los Angeles and Long Beach ports, where 40% of the nation's imports enter the country.

The L.A. port's commitment to expand its operating hours to 24/7 follows the Port of Long Beach's announcement a few weeks ago that it was launching a pilot project to operate 24/7.

"This is the first key step toward moving our entire freight transportation and logistical supply chain, nationwide, to a 24/7 system," Biden said in prepared remarks.

Operational details are being discussed and worked out with supply-chain stakeholders, said Port of L.A. Executive Director Gene Seroka in a press release.

"The significance of today's announcement is the commitment from industry leaders responsible for moving goods on behalf of American consumers and businesses to open up the capacity needed to deliver.  It's a call to action for others to follow," Seroka said in prepared statement.

During a meeting with key Biden administration officials, AAR's Jefferies urged caution when considering new requirements or regulations on the industry, which could limit railroads’ ability to keep freight moving efficiently.