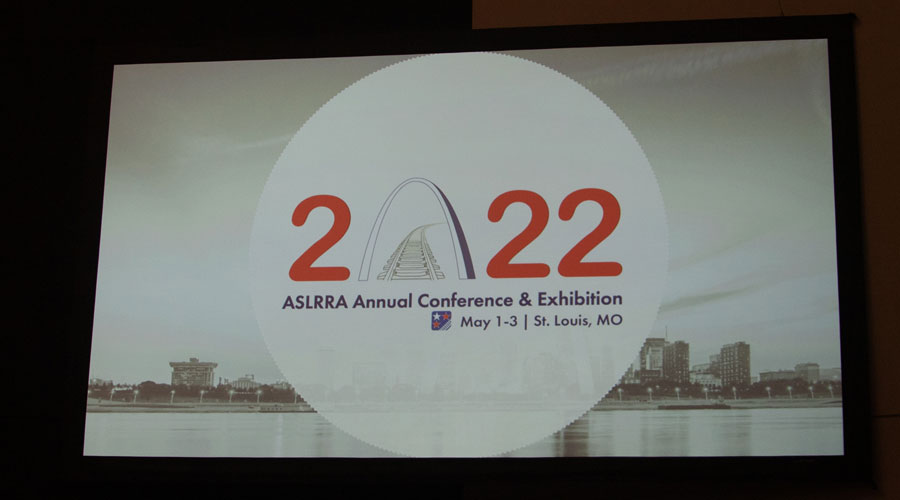 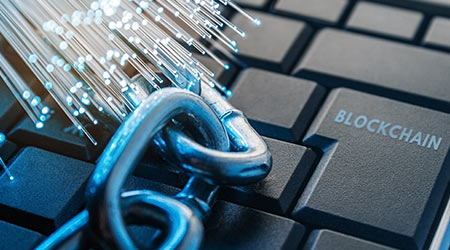 Blockchain is a digital ledger technology capable of recording transactions and storing data in immutable blocks across a distributed network. It enables a digital supply chain and creates a peer-to-peer system of commerce, making it easier for shippers to receive end-to-end information about their shipments, and streamline such processes as customs and interchanges between freight carriers.

“Blockchain technology has the potential to bring significant change to several aspects of the freight transportation industry, specifically how freight shipments are tracked and how paperwork is handled between freight providers,” says Bart Boudreaux, BNSF's director of architecture and emerging technology. “Some of the changes we could see as a result of implementing blockchain technology are end-to-end shipment tracking, paperless interactions with customs and other agencies, and asset lifecycle tracking.”

In 2017, accounting/financial services consulting firm Deloitte tweeted that 10 percent of global gross domestic product eventually would be built on top of blockchain applications. FreightWaves, a data and content forum serving freight markets, claims the technology will “shake up” the $8 trillion freight industry: “Calling blockchain a new type of database is like saying email is a new way of sending people letters.”

“Blockchain gets us really focused on the digital supply chain by reducing touch labor and improving transparency,” he says “Every railroad is trying to reduce its costs and administrative overhead while also becoming more service friendly. That’s why blockchain is definitely worth focusing on.”

Use of the technology will become common in the rail industry within the next 10 years, and all Class Is eventually will join BiTA — “to at least have observer status of what’s happening,” Sashihara predicts. Larger Class IIs and short lines should ask their biggest customers if blockchain is on their radar, he adds. If it is, that'd give those railroads a concrete reason to pursue the technology.

“The value of blockchain technology in any business sector increases with the number of participants,” Boudreaux says. “To gain broad participation, each party needs to have systems that can interoperate with each other.”

Blockchain is more mature in the financial services sector, but transportation, logistics and the supply chain will be the next industry to adopt it, says Jennifer Schopfer, GE Transportation's vice president of transport logistics.

“We want to help set, influence and think through what blockchain standards should be, but we also want to ensure that rail’s voice is heard loud and clear as part of the BiTA consortium.”

Two BiTA events in May are intended to begin advancing the conversation. The BiTA Spring Symposium, a one-day, members-only event featuring demos, keynotes and breakout sessions focused on disruptive technology and the future of freight, will be held May 21 at the Georgia International Convention Center in Atlanta. Transparency18, a two-day conference focused on building a transparent freight ecosystem, is scheduled for May 22-23 at the same facility, in partnership with BiTA, FreightWaves and Georgia Tech University.

“Railroads will be able to do meaningful smaller projects and pilots leveraging blockchain, but blockchain will be much more impactful when it is adopted at scale, across the network,” Schopfer says. “That’s why the standards and adoption processes are very important, because that is when you will truly start to see the benefits. Eventually, we’re going to need an industrywide solution in order for it to provide maximum benefit.”

From GE Transportation’s perspective, the technology not only represents an opportunity to partner with a blockchain solutions provider and possibly provide some of its own solutions, it also offers the potential to house and maintain locomotive maintenance service records and warranty information.

Another company taking active steps with blockchain technology is Bourque Logistics, which earlier this year unveiled the RAILChain™ platform to explore the application of blockchain technology for its rail shipper clients. Using digitized shipping file formats called “rblocks,” the platform is designed to enable shippers to securely exchange bill of lading information, as well as settle freight, repair and lease costs using smart contract technology, according to the company.

With an initial proof of concept for RAILChain slated for this summer, any blockchain standards and ideas arising from Bourque’s involvement with BiTA will be integrated into the project, company officials say.

“The opportunity with blockchain is to hit a reset button and say, ‘Let’s really streamline this whole thing,’” Sashihara says. “It’s not about just adding another nifty new technology.”