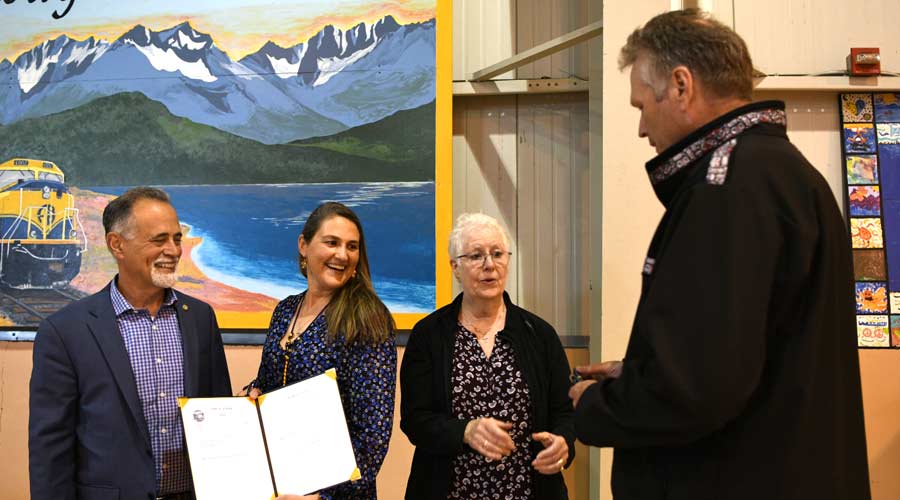 The Alaska Railroad Corp. (ARRC) has been authorized to sell up to $60 million in bonds to help fund upgrades to its cruise passenger dock and terminal facility in Seward, Alaska.

The move allows ARRC to proceed with an investment of more than $80 million for the dock and terminal. The upgrades mark a major investment in the Seward community, ARRC officials said this week in a press release.

"Seward has been an essential gateway for the Alaska Railroad for decades," said ARRC President and CEO Bill O'Leary. "Replacing the dock and enhancing our passenger terminal will ensure this important connection remains intact for all Railbelt communities for many more decades to come."

The construction timeline calls for the new passenger terminal to be operational by 2025. Seward provides a critical connection for cruise passengers who arrive in Alaska each summer and then travel throughout the state, ARRC officials said.

The railroad identified Bank of America Securities Inc. as the underwriter for issuing the bonds. Since ARRC has its own bonding powers, authorized by House Bill 127 signed into law by Alaska Gov. Mike Dunleavy earlier this month, no state dollars will go toward project costs. Instead, remaining costs will be paid through existing dock fees and capital funds.

ARRC is currently in negotiations with cruise line operator Royal Caribbean Group for a multi-year berthing agreement that features an annual revenue guarantee. The railroad also is planning an expansion project involving the freight dock and corridor improvements in Seward. ARRC is slated to invest more than $100 million in the community over the next five years.