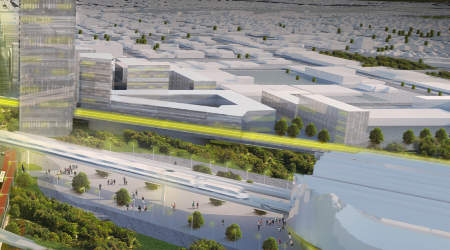 The documents will serve as a guide to revitalization of and future development in downtown Bakersfield, according to a press release issued by the California High-Speed Rail Authority (CHSRA).

In 2015, the city partnered with CHSRA to launch a station-planning campaign aimed at gathering feedback from local residents and business owners.

During the planning process, Bakersfield leaders identified and analyzed opportunities and challenges to develop the "vision plan," which focuses on multimodal transportation and creates an economic development strategy.

"The approval of this plan marks a significant milestone in the ongoing progress of the high-speed rail program and the partnership between the authority and the city of Bakersfield," said Diana Gomez, CHSRA's central regional director.