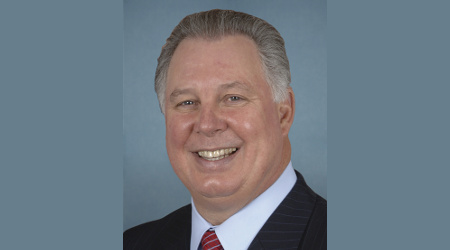 The House Transportation and Infrastructure Committee yesterday approved a bill that would require the Federal Railroad Administration (FRA) to notify certain congressional members and committees when the agency begins a comprehensive safety audit of a commuter or intercity passenger-rail system.

Introduced by U.S. Rep. Albio Sires (D-N.J.), the bill would require the FRA to notify the affected congressional members within 10 business days of launching the safety assessment and 90 days after completing it. The FRA would notify the transportation committees in the House and Senate, as well as the congressional members from the states where the review is occurring.

"This legislation will bring much needed transparency to the federal oversight of commuter and intercity passenger rail," said Sires in a press release. "Lawmakers tasked with the oversight of railroads should know when a railroad is unsafe."

Sires introduced the bill in the wake of a fatal New Jersey Transit train accident last year in Hoboken, N.J. The FRA revealed it had been conducting a safety assessment of NJ Transit for months before the accident.

NJ Transit violated more safety regulations and paid more in fines for violations than any other commuter railroad over the past five years, according to Sires.

"I am pleased that this legislation, which passed the House Committee on Transportation and Infrastructure in a bipartisan fashion, will address the serious concerns I had following the Hoboken accident," said Sires. "It is my hope that commuter and intercity passenger rail agencies, members of Congress, and the FRA can work together to make these systems safer.”

"The committee passed bipartisan, good government bills that ensure our government is more responsive to the needs of Americans trying to rebuild their communities and their lives after disasters, that reduce burdens on state and local governments, and that improve federal agency transparency," said committee Chairman Bill Shuster (R-Pa.) in a press release.

Other measures approved yesterday include:
• H.R. 1665, a bill to direct the Federal Emergency Management Agency (FEMA) to appropriately weigh and consider severe local impact when evaluating whether to recommend a major disaster declaration. The bill was aimed at ensuring a "more level playing field" for smaller communities hit by disasters.
• H.R. 1678, a bill to implement a statute of limitations on FEMA’s ability to recover grant assistance from recipients after a disaster, in cases where there is no evidence of fraud, waste or abuse.
• H.R. 1346, a bill that repeals the rule titled "Metropolitan Planning Organization Coordination and Planning Area Reform." The bill will repeal the rule and maintain MPO and state flexibility in planning and making investments in transportation.

More information on the committee's actions is available here.