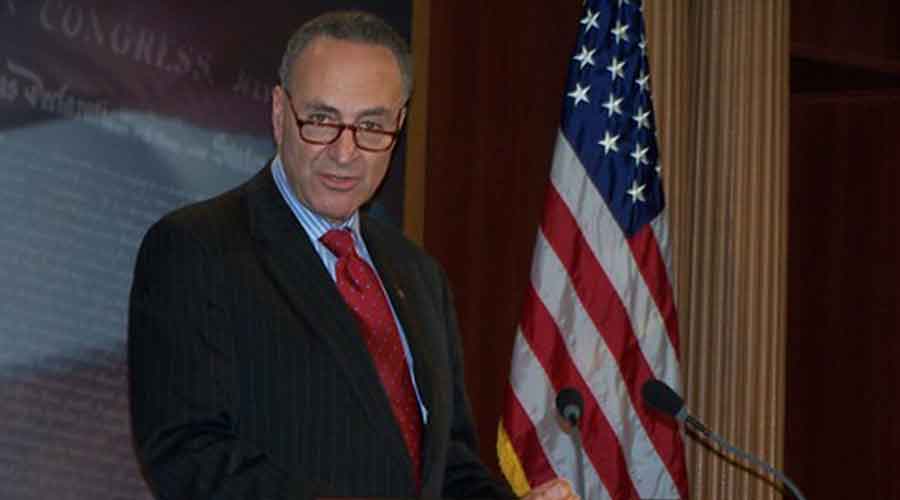 U.S. Sen. Charles Schumer (D-N.Y.) is calling on the U.S. Department Commerce to investigate whether a Chinese rail-car manufacturer that has obtained contracts to build subway cars in major U.S. cities poses a threat to national security.

Schumer wants the federal government to "thoroughly investigate" the Chinese state-owned China Railway Rolling Stock Corp. (CRRC), which was among the winners of the Metropolitan Transportation Authority's (MTA) 2018 design contracts for new subway cars that could include modern train control technology.

When announcing the contest winners last year, MTA officials said CRRC had proposed investing $50 million of its own money to develop New York City's subway cars, according to Schumer.

The MTA has not awarded a contract to CRRC, but the firm has obtained contracts to build rail cars in other U.S. cities including Los Angeles, Chicago, Philadelphia and Boston. CRRC has an aim to install new technology in New York City's subway system, as well, Schumer said in a press release.

“Given what we know about how cyber warfare works, and recent attacks that have hit transportation and infrastructure hubs across the country, the Department of Commerce must give the green light and thoroughly check any proposals or work China’s CRRC does on behalf of the New York subway system, including our signals, Wi-Fi and more,” said Schumer.

And given the company's contracts and "partnerships" with other cities, the federal government should investigate whether CRRC's technology and involvement poses a threat to U.S. mass transit systems, Schumer added.

“This kind of national security responsibility is just so big, and so complex, that the MTA and other big-city transit systems should not have to foot the burden of going at it alone to assess whether or not CRRC’s low bids for work, and current contracts across the country, are part of some larger strategy. We just cannot be too careful here, especially now, amidst these tensions and general cyber threats,” Schumer added.

CRRC's involvement in manufacturing subway cars for U.S. transit systems has raised concerns among other members of Congress. A bill is now pending in the House and Senate to prevent transit agencies from using federal transit funds to procure Chinese rail cars.