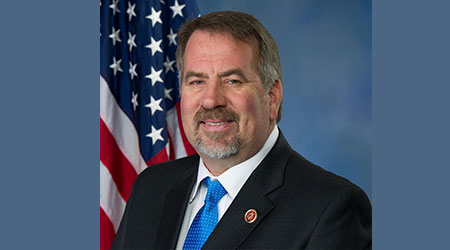 H.R. 1515, the High-Speed Refund Act, would direct the U.S. Department of Transportation to retrieve discretionary grant funds provided to California for high-speed rail development and return the money to the federal government for use toward "nationally significant freight and highway projects," according to the legislation.

"After countless blunders, skyrocketing costs, and more uncertainty than ever, it's time to cut our losses and kill California’s misguided high-speed rail project," said LaMalfa in a press release. "American taxpayers should not be on the hook for California’s inability to undertake such an enormous, yet unnecessary project."

LaMalfa suggested instead that the federal money could go toward projects such as widening Highway 70 in Northern California.

Last week, the California High-Speed Rail Authority (CHSRA) issued its response to the Federal Railroad Administration (FRA), calling its effort to take back federal funds for the state's high-speed rail program "rash and unlawful." In February, FRA Administrator Ronald Batory notified CHSRA officials that the federal government federal government intended to terminate a $929 million grant issued in 2010 for the high-speed rail program and was exploring ways to seek recovery of a $2.5 billion grant to the program in 2009 — money that the state has already spent.