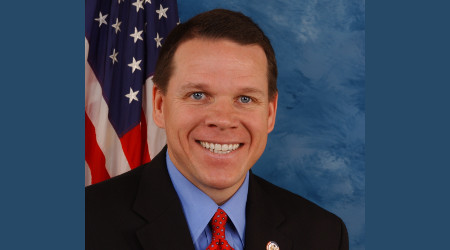 More than half of U.S. House members have signed a letter calling for a long-term funding solution to maintain the Highway Trust Fund.

Signed by 253 House members from both parties, the letter was sent June 12 to the chairman and ranking member of the House Committee on Ways and Means. The letter seeks a "long-term dedicated, user-based revenue stream" to maintain the trust fund's solvency.

Drafted by Reps. Sam Graves (R-Mo.), who chairs the Transportation and Infrastructure Subcommittee on Highways and Transit, and Eleanor Holmes Norton (D-D.C), the subcommittee's ranking member, the letter asks the Ways and Means Committee to include the Highway Trust Fund's long-term funding as part of a major overhaul of tax laws.

"The president has made rebuilding our transportation network a priority, and rightfully so," said Graves in a press release. "But, instead of thinking a one-time $1 trillion investment would solve our long-term infrastructure problems, my focus is on making sure we're being responsible in how we plan for and fund projects in the future."

The American Association of State Highway and Transportation Officials (AASHTO) also has called for a long-term funding solution to the trust fund's solvency. The association recently posted the lawmakers' letter in the AASHTO Journal.

AASHTO has asked that the fund's future be protected permanently as part of any major infrastructure legislation.

"That trust fund is the federal government's largest source of ongoing infrastructure investment, but it has long needed Congress to improve the dedicated revenue stream in order to meet investment goals that lawmakers authorize," AASHTO Executive Director Bud Wright told the Journal.

"Now, with national policymakers intent on producing both an infrastructure bill and tax reform, Congress has an opportunity to make long-lasting improvements to the trust fund, and it is indeed heartening that so many House members signed onto this letter," Wright added.