With ‘Amtrak Joe’ and a new Congress in D.C., rail industry leaders hope for action on surface transportation legislation

A  new Congress is in session and a new president is in office, and one who’s a rail fan, no less.

Those reasons are partly why many rail advocates are cautiously optimistic about the potential for major surface transportation legislation to pass on Capitol Hill this year — even as the nation’s political leaders grapple with multiple crises, including the COVID-19 pandemic.

While there’s no guarantee that any particular legislation will pass in a given year, political observers say that President Joe Biden’s policy agenda — which includes proposals to modernize infrastructure and tackle climate change — bodes well for the rail industry.

There’s also the president’s longtime interest in rail, which will help shine a spotlight on the industry’s interests — especially Amtrak. As a U.S. senator, Biden became known as “Amtrak Joe” for his daily use of Amtrak to travel between his Delaware home and the U.S. Capitol. As a 2020 presidential candidate, he pledged to “make sure that America has the cleanest, safest and fastest rail system in the world — for both passengers and freight.”

Biden, a Democrat, envisions upgrading and rebuilding the nation’s infrastructure — including that pertaining to transportation — as a key part of his administration’s plan to stop the coronavirus pandemic, rev up the economy and reduce greenhouse gas emissions.

Rail executives say their industry is ideally suited to help solve those national challenges. Moreover, the administration’s push for bipartisanship could spur action on infrastructure legislation, which historically appeals to both sides of the political aisle. Adding to the pressure on lawmakers to get something big passed this year: The clock is ticking on a one-year extension of the Fixing America’s Surface Transportation (FAST) Act, which expires Sept. 30.

“President Biden has been pretty clear for a while that he’s very interested in infrastructure issues — and it’s timely, with the surface transportation extension set to expire,” says Chuck Baker, president of the American Short Line and Regional Railroad Association (ASLRRA). “An infrastructure bill stands out as something that could get done in a divided Congress, so I think chances are pretty high of that happening.”

Building on the success of 45G

That’s especially the case now that Democrats hold majorities in both the House and Senate, after Democratic candidates won both of Georgia’s Senate seats in a Jan. 5 election to achieve a 50-50 vote split with Republicans. Vice President Kamala Harris, a Democrat, would be the tie-breaker vote on legislation in the Senate.

Whether surface transportation legislation, including measures that impact rail, are drafted as a separate bill or is wrapped into a larger infrastructure package was unclear as of press time. But Baker and other rail industry constituents hope that whatever is proposed will build on legislative successes that rail won late last year, when Congress passed a $1.4 trillion fiscal-year appropriations bill that included a provision that made the short-line tax credit permanent.

Known as 45G in reference to the U.S. tax code, the credit provides short lines with up to $3,500 per track mile to invest in infrastructure improvements. Since its creation in 2005, the tax credit has enabled smaller railroads to invest more than $5 billion to improve safety and upgrade rail lines that had deteriorated due to deferred maintenance and were frequently on the verge of abandonment before becoming short lines, according to the ASLRRA.

The association has long championed either a long-term extension of the credit or making it a permanent part of the tax code. Creating long-term tax certainty enables smaller railroads to meet shippers’ needs throughout the country — particularly in the energy, agriculture and manufacturing sectors, Baker said when the bill passed in late December 2020.

Although the tax credit had been ASLRRA’s No. 1 talking point for a long time, the association still has “quite a healthy” wish list of legislative measures to be addressed on Capitol Hill going forward, Baker says.

Topping that list is continued federal funding of the Federal Railroad Administration’s (FRA) Consolidated Rail Infrastructure and Safety Improvements (CRISI) grant program, which has provided funding for capital projects that improve safety, efficiency and reliability of freight and intercity passenger-rail service. The $320.6 million in CRISI grants awarded in September 2020 included 50 projects in 29 states, with 60% of those dollars awarded to rural projects — many of which benefited short lines. Twenty-four awards directly benefited ASLRRA members for a total of $137 million.

“That’s a pretty big deal for short lines,” says Baker. “So, we’re very interested not just in the size of the CRISI program, but making sure it remains a program that pays a lot of attention to short line needs and doesn’t become just a passenger-focused program.”

Another ASLRRA “want” is continuation of the federal Section 130 program, which provides funding for projects that eliminate hazards at grade crossings or create grade separations.

On the environmental and climate-change front, Baker and other rail industry advocates are ready to participate in the policy dialogue that’s expected to take place in the current congressional session. Biden has said that confronting the climate crisis will be a big part of his administration’s agenda, including through proposals aimed at building modern, energy-efficient and green infrastructure. On Jan. 27, the president announced executive actions aimed at achieving those goals.

To gear up for the greater emphasis on transportation’s role in climate change, ASLRRA last year established its own committee to help short lines stay on top of government environmental policies and opportunities that can impact railroads.

“Climate change is a generation-defining issue, and there are many members of Congress extraordinarily focused on it,” says Baker. “We think it’s an exciting opportunity for railroads, which are the most environmentally friendly way to move freight over land.”

As the Association of American Railroad (AAR) frequently points out, railroads can move a ton of freight an average 470 miles per gallon of fuel, which puts freight rail ahead of other transportation modes when it comes to limiting greenhouse gas emissions. U.S. Environmental Protection Agency data shows that freight railroads account for just 0.6% of total greenhouse gas emissions and only 2.1% of transportation-related sources, while accounting for 40% or more of long-distance freight volume, according to the AAR. 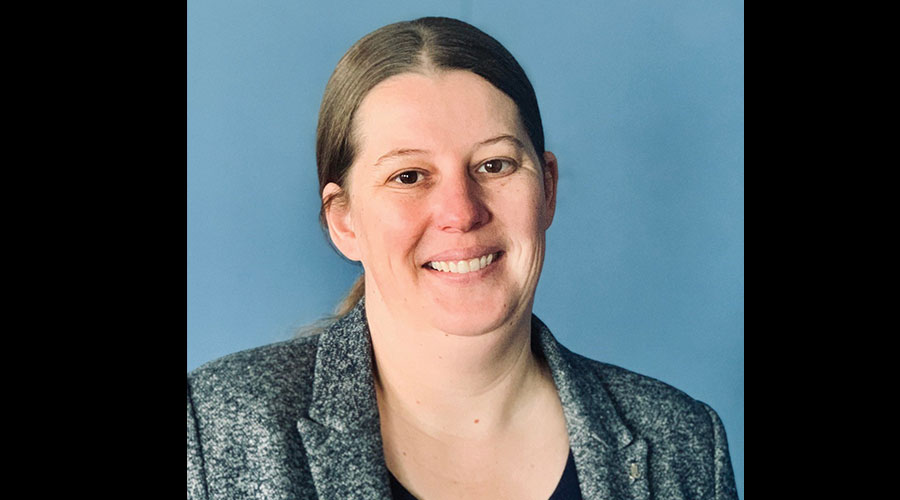 “Focusing on climate change is good for the rail industry.”
— Adrian Arnakis, AAR

For that reason, Biden’s indication that his transportation policy will have a strong green component is “great news for rail,” says Adrian Arnakis, AAR’s senior vice president of government affairs.

“Focusing on climate change is good for the rail industry, and a lot of our [AAR member] companies are getting into new technologies to make us even more efficient and environmentally friendly,” she says.

Still, the devil will be in the details of what Biden and Congress will propose, Arnakis points out. And whatever those future policies, regulations and funding proposals may hold, Arnakis and her rail industry counterparts hope they’ll be “mode neutral” by not favoring one form of transportation — especially highways and trucking — over rail.

“Not every solution will bring the benefits that you might think,” she says.

For example, the INVEST in America Act, the long-term transportation authorization that House Democrats passed last year as part of their Moving Forward Act, earned mixed reviews from the rail industry. On the plus side, INVEST did call for putting the nation on a path toward zero emissions generated by the transportation sector, as well as an increase in funding for Amtrak and transit-rail systems. The bill also contained provisions that would have helped short lines, such as by increasing CRISI grant funding.

But the INVEST Act also called for measures that freight-rail officials said would undermine the industry’s efforts to modernize, including by mandating two-person crews on trains; banning the transportation of liquefied natural gas (LNG) by rail; and implementing a 10-minute blocked crossing standard. They hope such measures won’t make it into the next surface transportation bill. And as in prior years, they’ll also be on the lookout for legislative provisions that allow for longer or heavier trucks to operate on the nation’s roadways.

Rail suppliers: It’s all about jobs 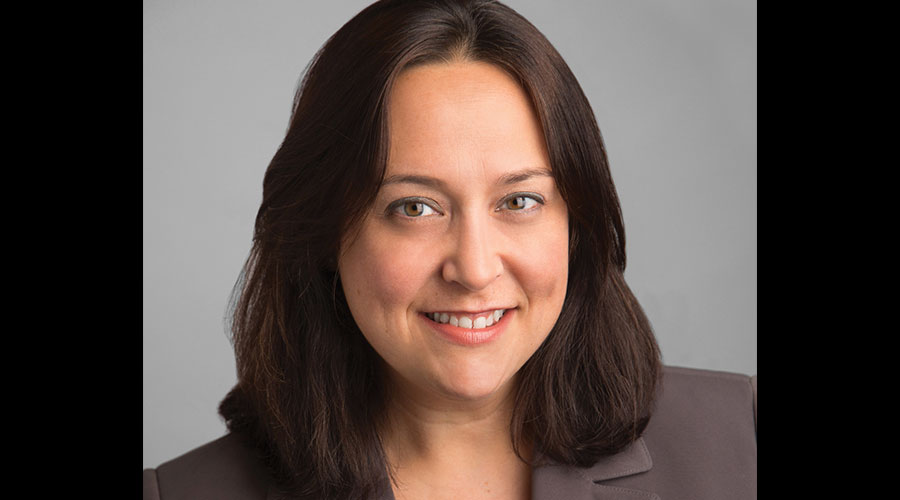 “Rail is a job creator and an investment in our economic and national security.”
— Nicole Brewin, RSI

In terms of legislation impacting the supplier side of the industry, the Railway Supply Institute (RSI) is urging Congress to take another look at the Freight Rail Assistance and Investment to Launch Coronavirus-era Activity and Recovery (RAILCAR) Act. Introduced but not passed in 2020, the bill (H.R. 8082) aims to generate private investment in freight rail-car manufacturing, says RSI Senior Vice President of Government and Public Affairs Nicole Brewin.

The legislation, which RSI is working on being reintroduced this year, would provide tax credits to encourage freight rail-car owners to buy new cars or refurbish older units with higher capacity, more fuel-efficient models. Not only would the proposal provide “green” tax incentives, it would help stabilize rail-car manufacturing jobs, Brewin says.

“For us, it’s always about jobs and manufacturing,” she says, adding that the RAILCAR Act would promote economic recovery from the pandemic. “Rail suppliers are in almost every state and congressional district, regardless of whether you have a train service going through your backyard.”

RSI also wants stricter enforcement of “Buy America” provisions that require federally funded transportation projects to use U.S.-made iron and steel, as well as the domestic manufacture of goods such as rail cars, says Brewin, adding that she’s encouraged by Biden’s “Buy American” stance. On Jan. 25, Biden signed an executive order aimed at pushing the federal government to buy more goods manufactured in the United States.

“Rail is a job creator and an investment in our economic and national security, so we have to be part of the COVID recovery bills and infrastructure package going forward,” she says. 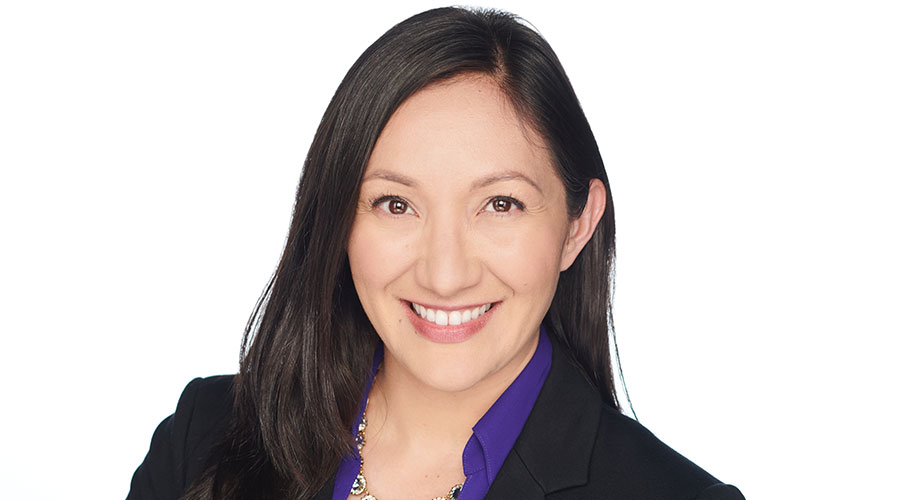 The 45G tax credit will help fuel a recovery for the rail industry and our contractor members as business begins to normalize throughout 2021.
— Ashley Wieland, NRC

Also, funding levels under fiscal-year 2021 appropriations in the year-end package “were positive” for programs that NRC advocates for, including the Federal Transit Administration’s “New Starts” and the FRA’s CRISI grant programs. Additionally, the now-permanent 45G short-line tax credit — which NRC also backed — will hopefully “continue to fuel a recovery for the rail industry and our contractor members as business begins to normalize throughout 2021,” Wieland said in an email.

As for when Congress might take up a surface transportation and/or infrastructure bill, timing will depend on at least three factors: Senate confirmation of Biden’s cabinet nominees, including Pete Buttigieg, who was confirmed Feb. 2 and sworn in as U.S. transportation secretary on Feb. 3; the Senate impeachment trial of former President Donald Trump; and consideration of Biden’s $1.9 trillion COVID-19 relief proposal that included $20 billion in emergency funding for transit agencies.

Although some Capitol Hill insiders initially thought Biden and House Democrats were targeting February for an infrastructure bill unveiling, Wieland believes that March or April is now more likely.

Once the bill is introduced, the most contentious debate will be over how to pay for it, including a revenue source for the Highway Trust Fund (HTF). Currently, the HTF — which helps subsidize public transit — is funded by the federal gas tax, which Congress hasn’t raised since 1993.

The AAR has long called on lawmakers to shore up the HTF by implementing a “true user-based system” by increasing the gas tax or creating a vehicle-miles-traveled or weight-distance fee. Also, passenger-rail supporters believe the HTF’s current 80-20 funding split — 80% of the gas tax proceeds go toward highways and 20% toward transit programs — should become a 50-50 share. No doubt, the HTF funding fight will continue.

Despite all the obstacles to something big happening in 2021 for surface transportation reauthorization and infrastructure legislation, AAR’s Arnakis remains upbeat about the possibility.

“I love new Congresses,” she says. “With the new faces and fresh starts, anything is possible.”