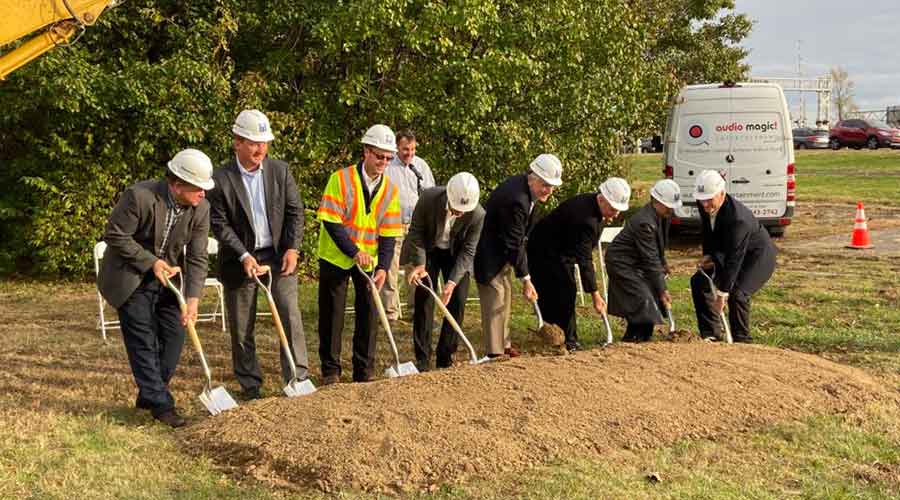 Railroad, city and state officials gathered yesterday in Columbus, Indiana, to break ground on a $35 million railroad overpass on the city's west side.

The new overpass and cloverleaf interchange at State Road 46 and State Road 11 will enable motorists to avoid being stopped or slowed due to increasing rail traffic that's projected to occur on the Louisville & Indiana Railroad tracks that pass through Columbus, city officials said in a press release.

Planning for the overpass project has been in the works for nearly four years. Louisville & Indiana, which leases the tracks to CSX, notified the city that longer, heavier and faster CSX trains will begin operating through Columbus starting this month, The Republic newspaper reported.

The overpass project is expected to be substantially completed by the end of 2020. Landscaping and other finishing work will continue through 2021.

In April 2015, the two railroads received federal approval to jointly use Louisville & Indiana's 106-mile mainline between Louisville, Kentucky, and Indianapolis and upgrade the steel rail to continuous welded rail. The project allows heavier and faster trains to move through Columbus and other cities along the line, the newspaper reported.