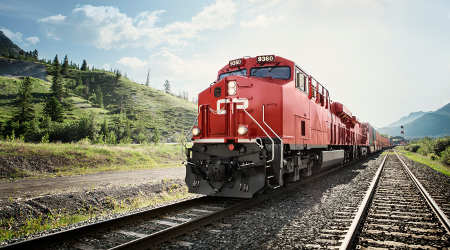 The railroad's plan to revitalize its hopper-car fleet will start with an order for 1,000 cars from National Steel Car of Hamilton, Ontario. Over the next four years, CP plans to order 5,900 hopper cars in total, which will enable the railroad to remove all low-capacity hoppers — including all Canadian government cars — from its fleet, company officials said in a press release.

The new units feature a three-pocket design that can be loaded and unloaded more efficiently than the current fleet's old four-pocket government cars, company officials said. Additionally, the new hopper cars can handle more than 15 percent greater volume and 10 percent greater load weight than the cars being retired. Also, the new units' shorter frame allows for more cars in a train of the same length.

"For more than 100 years, grain has been embedded in CP's DNA," said President and Chief Executive Officer Keith Creel. "We know farmers depend on us to transport their product efficiently, safely and reliably to market. It's the largest sector of CP's business by revenue, and we're committed to continuous improvement for the benefit of our customers and the North American economy."

CP's purchase of the new cars is made possible by changes to the Maximum Revenue Entitlement formula through the recent passage of the Transportation Modernization Act. CP will be the first Class I to receive hoppers as a result of the act's changes, CP officials said.